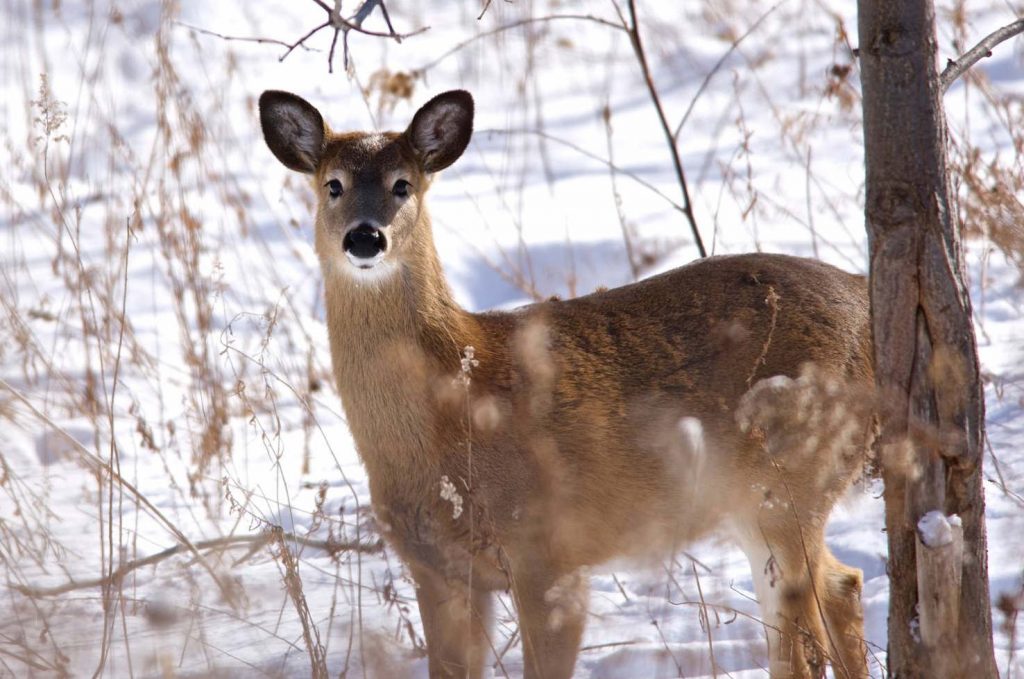 In 2010, the Animal Protection Party (APPC) and Animal Alliance of Canada were contacted by residents in British Columbia whose communities were facing possible deer culls.  Five communities actually conducted culls: Oak Bay (Victoria) and Elkford (east Kootenays) each conducted one cull; Kimberley, two; and Cranbrook and Invermere being the most persistent communities conducting multiple culls.

In 2016, Animal Alliance released video footage of a fawn caught and killed in the cull (video:  WARNING – some viewers may find the footage disturbing).   As a result of a community complaint, we were able to obtain a photo of two fawns caught in a collapsed trap.  Both incidents were reported to the Minister of Forest, Lands and Natural Resource Operations and to Cranbrook Council.

Both incidents illustrate the fact that culls don’t work.  The three documented animals were fawns and therefore not considered “problems” by the communities conducting the culls.  These animals died because they were unfortunate enough to be caught in a trap.

APPC, with the support of local communities, opposed all the culls.  As a result, of the five municipalities only two, Cranbrook and Invermere, continue to actively pursue the lethal approach.

Help us keep us the fight against inhumane deer culls across Canada. Donate now.