On Sunday June 26th, 484 geese, who were molting and could not fly, were captured and taken to tennis courts in Parksville, B.C. where they were each killed with a bolt gun to the head.

This abject violence was carried out based on the claims made by the Guardians of the Estuary that the geese were a threat to peoples health and the local environment. This action was supported by the City of Parksville and the Ministry of Forests, Lands, and Natural Resources who claim the killing was done humanely.

Animal Protection Party argues that there was no need for the use of lethal methods of geese mitigation. This killing was unnecessary and likely done in a manner that caused great distress to the geese. We believe that wildlife co-habitation must begin with a commitment to non-lethal methods of conflict resolution and long-term wildlife inclusive community planning.

Location: Uptown Mall Noodle Box meet and then move to the nearby Galloping Goose Trail bridge over the highway.

We will gather at Uptown Victoria in front of Noodle Box. We will then move to the Galloping Goose Trail bridge over the highway carrying a banner remembering the 484 lives taken unjustly and to oppose the use of violence as a method of wildlife cohabitation. 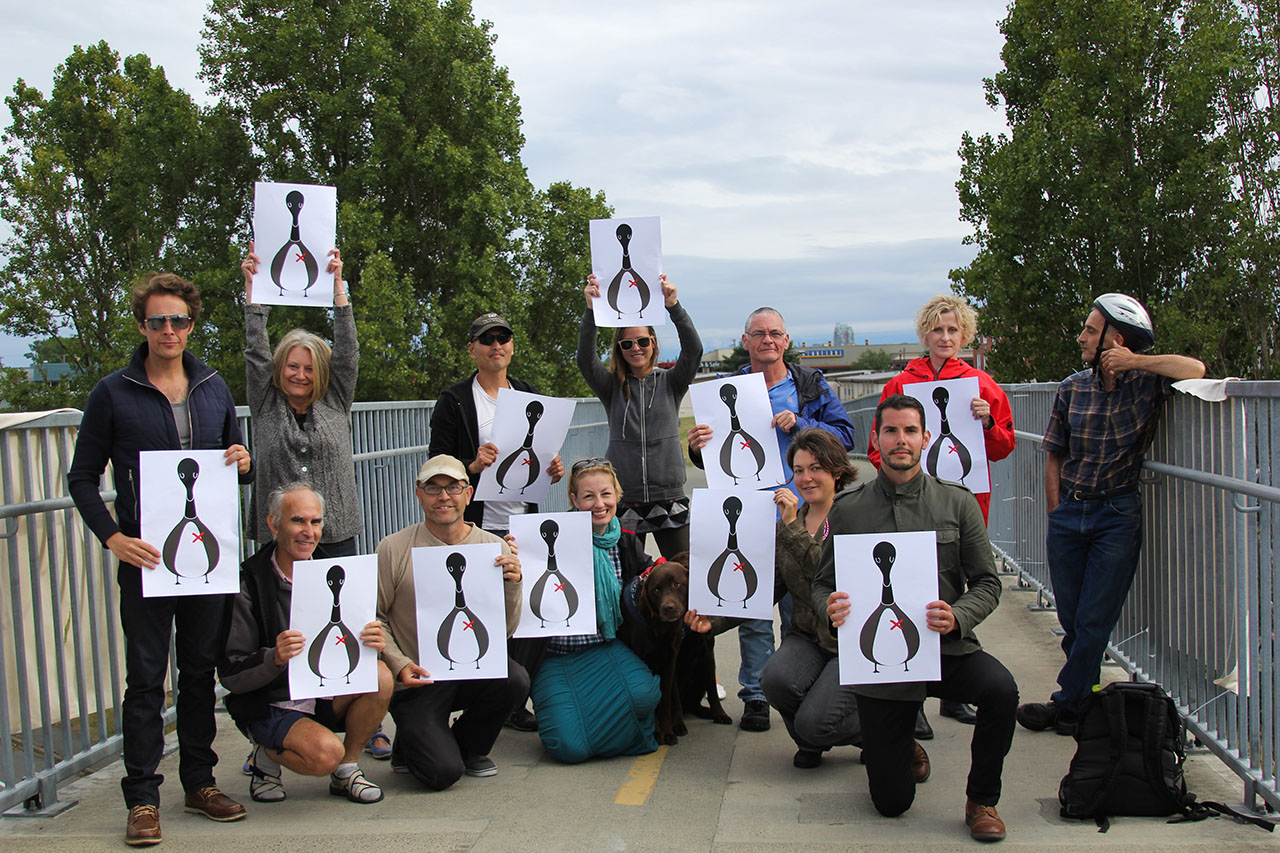 Here is a media release from Animal Protection Party in response to news of the killing:

Some 500 Canadian geese were killed in Parksville on Sunday as part of the City’s goose management strategy.

Jordan Reichert of the Animal Protection Party of Canada was disgusted at the news. “This is not a cull, it’s a massacre. Across B.C. we continue to witness animals being killed in large numbers. These mass killings are not the solution.”

The geese were lured into tennis courts where they were reportedly killed humanely. However, there was no reported public oversight to determine how the killing was done and whether the animals suffered.

Reichert adds “We want a commitment from Parksville Council that this will not happen again. There are effective, humane, cost effective non-lethal alternatives and we ask Council to implement those instead.”

“We’ve worked on this issue for decades” says Liz White, leader of the Party. “Our goose habitat modification manual identifies alternative measures to culling. We will supply Council with the manual and urge Council to develop an alternative strategy. No more geese need to die because they are seen as an inconvenience and therefore disposable.”

Resources on the Goose Cull:

Times Colonist Coverage of our demonstration

Help us keep us the fight against inhumane goose culls on Vancouver Island and across Canada. Donate now.