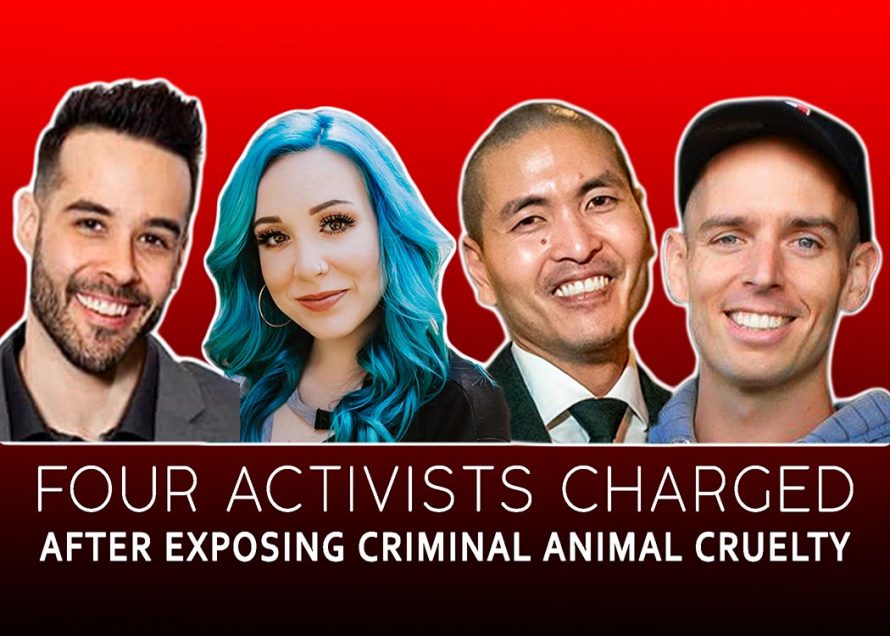 Amy Soranno, Nicholas Schafer, Jeff Rigear and Roy Sasano are scheduled to appear in Abbotsford Provincial Court September 3rd on charges of Break and Enter and Mischief between February 9th and April 28th, 2019. Soranno had originally been scheduled to appear in court alone in August 2019, but the appearance was postponed while an extensive investigation took place.

“Once again, the exposure of animal abuse remains unaddressed.  Instead of charging the people abusing the animals, the people exposing that cruelty are charged. It is a profound reminder of the lack of accountability and transparency of the animal agriculture industry and of the charities responsible for enforcing animal cruelty laws in B.C.  This is particularly true for animals on farms.”

Excelsior was the subject of disturbing footage originally released by the animal rights group PETA in April 2019. The footage shows pigs packed together in filthy conditions with various untreated injuries and growths. One shot reveals live pigs feeding on the rotting corpse of a deceased pig.
https://www.youtube.com/watch?v=1BA7KjDoXSQ&t=22s

Excelsior was also the site of an April 28th, 2019 “occupation” by animal rights group “Meat The Victims”, who entered the facility uninvited, and live-streamed videos showing injured, sick and distressed pigs.
https://www.facebook.com/meatthevictimscanada/videos/337916270468617

A Petition has been started to demand the BC SPCA recommend charges to Crown Counsel:
Sign the petition now here.

The BCSPCA had been investigating multiple issues brought up by the videos, but has yet to recommend charges to Crown counsel.

The owner of Excelsior Hog Farm, Ray Binnendyk, is a board director of the BC Pork Producers Association.

A fundraiser was started last year, following Amy Soranno’s arrest, to assist with her legal fees. The GoFundMe campaign has been updated to include all four activists and has just been re-launched.
https://www.gofundme.com/f/pigtrial3-legal-defense-fund