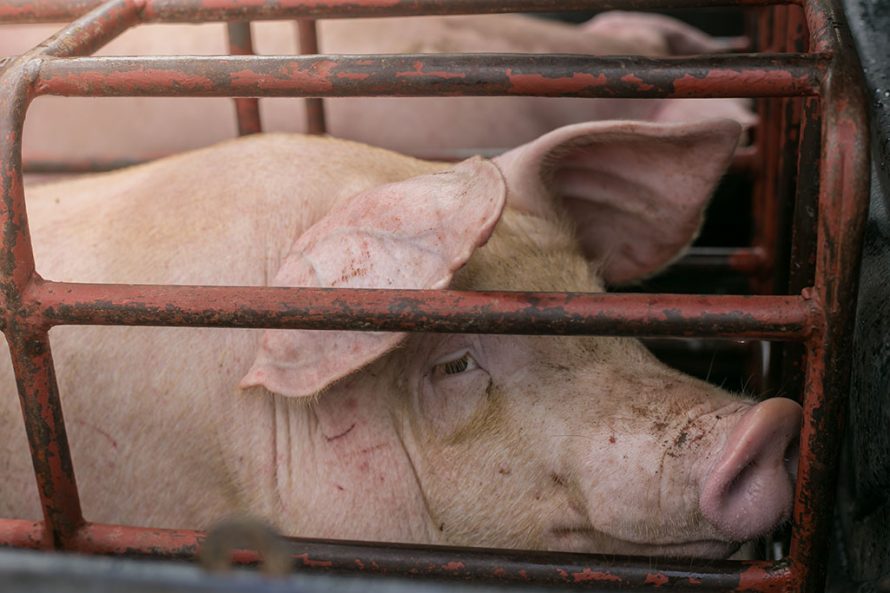 Ag-gag laws have arrived in Canada and we must fight against them in the interest of the animals and the activists who expose the systemic cruelty of the animal agriculture industry.

Ag-gag laws refer to the animal agriculture industries attempts to silence animal activists with laws that directly target or punish their attempts to expose cruelty in places like feedlots, slaughterhouses, farms, and in transport.

Alberta was the first province to pass ag-gag legislation with Bill 27. Bill 27 was passed very swiftly, having its first reading on Nov 19th, 2019 and passing third reading ten days later on Nov 29th.  The bill was drafted in response to the first “Liberation Lockdown” at a turkey farm in southern Alberta where activists peacefully occupied and documented the conditions of the animals kept on the farm to disseminate to the public.

Soon thereafter, Ontario brought in its own ag-gag legislation that is currently moving through its legislature in Bill 156. This legislation will again target animal activists intending to expose animal cruelty on private property, but will further look to target activists who hold vigils outside slaughterhouses or looking to document animal suffering on transport vehicles and who offer relief by providing water to these animals. Bill 156 has not passed yet, but it is likely to unless there is substantial opposition from the public.

Where is this happening?

There has been calls for more ag-gag laws in other provinces such as B.C. and on the East Coast as well. Activists in B.C. are currently facing charges that date back to the Meat the Victims farm occupation in Abbotsford this past April. It is unclear at this time how ag-gag legislation may affect them if it is rushed through the way it was in Alberta.

In Canada, ag-gag laws are completely new territory, so it is uncertain how they will be challenged, but they certainly will. We do not have Freedom of Speech, but we do have Freedom of Expression and Freedom of Assembly in Canada which are protected under Section 2 of the Charter of Rights and Freedoms.

What can you do?

Right now the most important thing you can do is contact your local Member of Provincial Parliament in your Province and tell them that you are opposed to them supporting ag-gag legislation.

If you live in Ontario, please reach out to your Member of Provincial Parliament (MPP) to speak with them directly about your opposition to Bill 156 (Security From Trespass and Protecting Food Safety Act).
.
Find your Ontario MPP here: https://www.ola.org/en/members/current
.
If you are outside of Ontario, please contact Premier Ford directly. It is important that provincial leaders hear from people, regardless of where they live, in order to understand that feel strongly about this issue.
Find contact information for Premier Ford here: https://www.ola.org/en/members/all/doug-ford

Even though Bill 27 has already passed in Alberta, it does not mean that it is too late to tell your government that you do not support the Bill and want them to roll-back the legislation.

You can find your Alberta Member of the Legislative Assembly (MLA) here: http://www.assembly.ab.ca/net/index.aspx?p=mla_home&rnumber=

Although the legislation has not been brought forward to the legislature yet, we understand that it is currently in the works. Now is the time to come out ahead of the legislation and tell your MLA that you are opposed to any ag-gag type legislation that limits the ability of activists to expose systemic cruelty of animals in the agriculture sector.

You can find your local MLA here: https://www.leg.bc.ca/learn-about-us/members

We will continue to update this page with more information as it develops. If you would like to donate to help support our efforts to oppose ag-gag legislation across Canada, you can do so here.