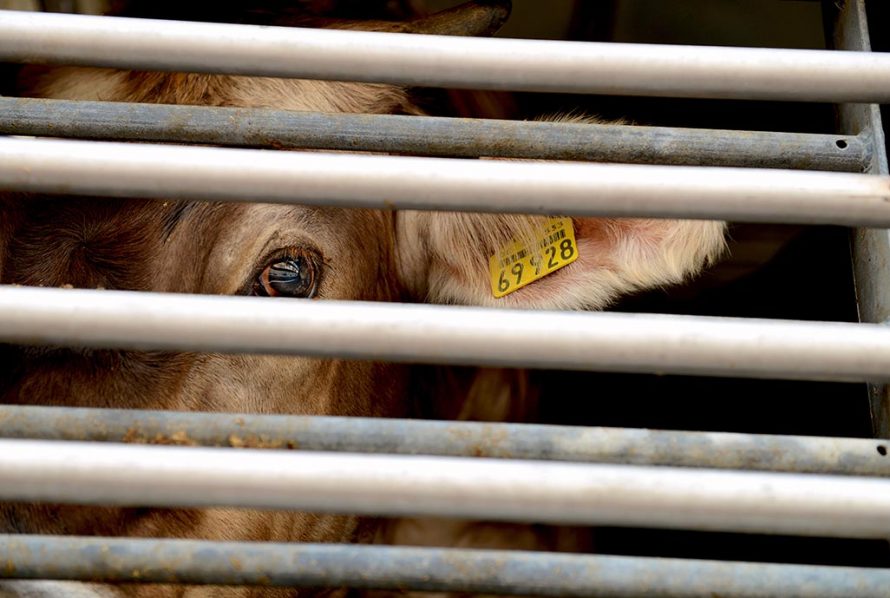 TORONTO, January 13, 2021:  Bill 156, The Security from Trespass and Protecting Food Safety Act, which was passed last summer in Ontario despite opposition from animal advocates and journalists, undermines undercover investigations and the collection of footage intended to reveal the cruel treatment of animals on farms, transport vehicles, and slaughterhouses, often within what are considered the ‘normal practices of farming’.

New regulations have now come into force across Ontario. They further limit the scope of permissible conduct for those who wish to expose unethical animal practices.

Major concerns arise from the wording of the Act and regulations, which prohibit people from entering or interacting with animals in “animal protection zones” under “false pretences,” which is often the only way for animal advocates or journalists to acquire undercover footage of shocking practices for public dissemination. While the regulations purport to exempt some journalists and whistleblowers (though not individuals who work for animal advocacy organizations) from this requirement, it only does so in very limited circumstances, for example preventing them from taking any steps that might indirectly contribute to a farm owner’s “undue stress”.

The Animal Protection Party of Canada considers provincial ag-gag legislation to be of national interest because the vast majority of animals slaughtered in Ontario and Canada or shipped outside the country for slaughter are done so under the auspices of the Canadian Food Inspection Agency.  The Act and Regulations infringe on the Charter Rights of individuals to expose the animal cruelty and suffering. The Animal Protection Party of Canada will join the fight to ensure that we have a free society where individuals are protected when exposing the way in which farmed animals are treated.

“In the interest of protecting the Section 2 Charter Rights of individuals who attempt to expose animal cruelty for public dissemination the Animal Protection Party of Canada is considering a constitutional challenge to Bill 156,” says Liz White, Leader of the Party.

Ontario was the second province in Canada to impose Ag-Gag legislation to silence and deter animal advocates from exposing cruelty inherent in the normal practices of the animal agriculture sector.  Alberta passed the first ag-gag legislation in a mere 10 days in November 2019.  Other provinces including Manitoba are currently considering similar legislation and federal ag-gag legislation was introduced through a private member’s bill in 2020.

White says, “Let’s be clear:  this kind of legislation is not about food safety.  It is about keeping the public in the dark about how animals are raised and killed for food.”

Jordan Reichert, deputy leader of the Party, says “If the Canadian government truly cared about protecting the health of Canadians, our standards would be more in line with the European Union.”

Please donate to help us fight Bill-156 in court!