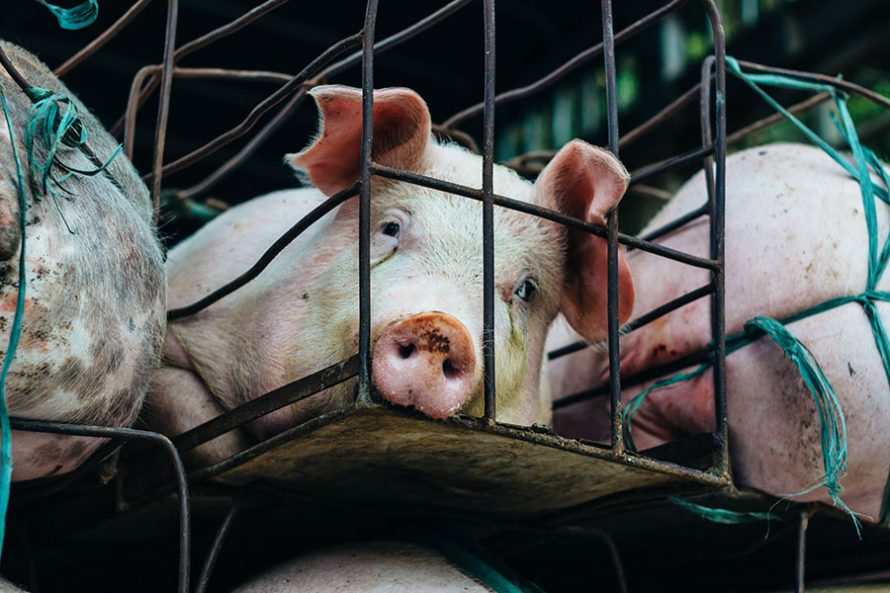 Alberta has passed third reading in their legislature of Bill 27, the Trespass Statutes (Protecting Law-Abiding Property Owners) Amendment, in a move that will have a deeply chilling effect on the documentation of animal cruelty in the province.  It is also very concerning for the precedent it could set in other provinces across Canada to stifle peaceful protest and civil disobedience in the interest of animals and the public good.

Bill 27 was passed very swiftly, having its first reading on Nov 19th, 2019 and passing third reading ten days later on Nov 29th.  The bill was drafted in response to the first “Liberation Lockdown” at a turkey farm in southern Alberta where activists peacefully occupied and documented the conditions of the animals kept on the farm to disseminate to the public.

In April, earlier this year, deputy leader Jordan Reichert of the Animal Protection Party of Canada joined activists in Abbotsford, B.C. for the first farm occupation in Canada at the “Meet the Victims” event at Excelsior Hog Farm.  Approximately 60 activists occupied the inside of the farm and live-streamed the conditions and suffering of the pigs, while on the outside over 100 activists peacefully protested. Activist Amy Soranno and several others involved in documenting the conditions at Excelsior are currently facing charges for this peaceful act of civil disobedience.

Across Canada, laws protecting animals on farms are almost non-existent and efforts to improve the treatment of animals at the federal and provincial levels are frequently opposed by animal-use groups from the meat, dairy, hunting, trapping, and angling lobby.  Enforcement is also an issue, with effectively no oversight or accountability of the meagre animal protection legislation that does exist and that seldom applies to the majority of animals in Canada who are exploited on farms.  Yet, passing a law to try to intimidate animal activists with jail time and fines passes in 10 days.

Bill 27 would increase the penalties for trespassers and specifically for those trespassers who are doing so with criminal intent, in the opinion of the landowner, of up to $25,000 and 6 months jail time.  Furthermore, if they have criminal intent they will face a harder time suing the landowner if they are injured, suffer damages, or are killed. Corporations will face fines of up to $200,000 if they aid, direct, or counsel trespass.  Much of the wording of the amendment does speak directly to animal activist activities and the organizations which may fund or plan undercover investigations.

Ag-gag laws exist in many states across the U.S., but Bill 27 is the first in Canada.  “Ag-gag” comes from “animal agriculture” and attempts to “gag” or silence activists trying to expose cruelty within this sector.  Many of the laws in the United States have been overturned, such as in Idaho, Iowa, and Utah due to their violation of the First Amendment right of “Freedom of Speech.” In Canada, we have “Freedom of Expression” and the right to peacefully assemble which are enshrined in our Charter of Rights and Freedoms.  Thus, it is likely that Bill 27 could be challenged as an infringement upon these Charter right in the future.

The Animal Protection Party of Canada is fundamentally opposed to Bill 27 in Alberta and other attempts to target peaceful animal activism and civil disobedience as criminal or as a terrorist threat across Canada. These are individuals and organizations who are acting in the public interest by exposing the reality of how animals are treated on farms. Something that the public would have limited insight to without the work of undercover activists over the decades. Activists already take significant social, economic, and bodily risks to raise-awareness of these issues for public consumption and education, and it is unreasonable that they should face increased legal intimidation while those who cause animals immeasurable psychological and physiological pain and suffering are protected.

We will be assessing opportunities to continue to support activists who conduct undercover and occupation-based activism of animal-use operations in Canada, and will support the activists facing legal intimidation.  We will also be calling on provinces across Canada to hold the people and corporations causing systemic suffering to animals accountable by passing meaningful laws to protect animals, not their abusers.

Donate now to help us fight for the rights of activists and animals across Canada.