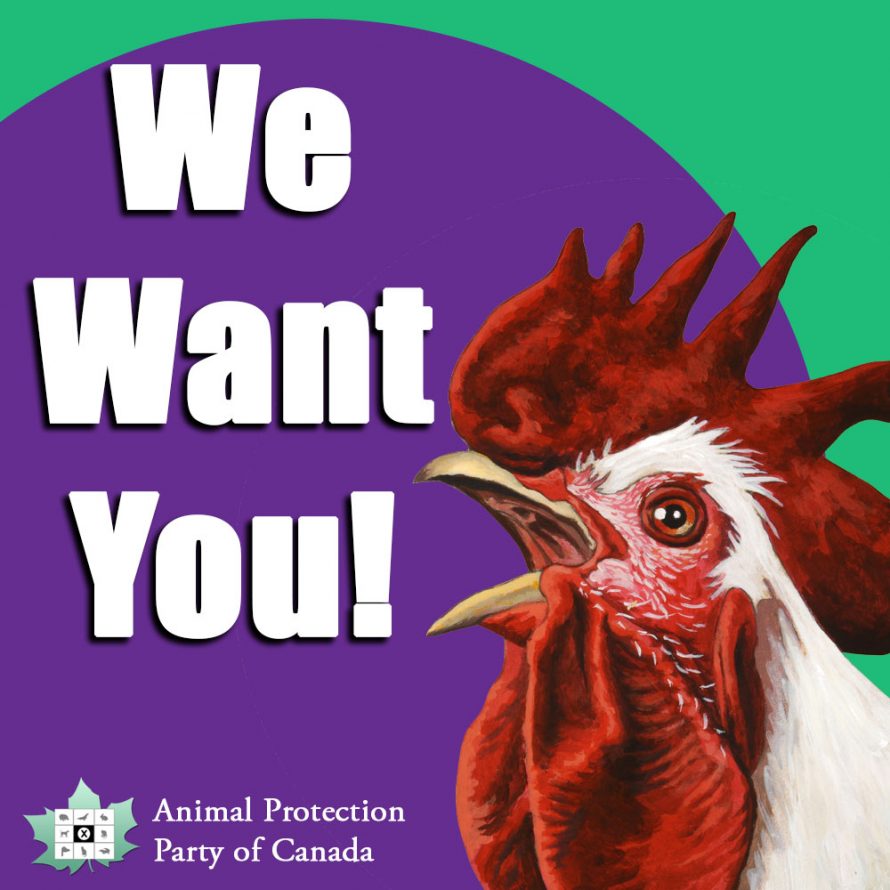 The Animal Protection Party of Canada (APPC) has continued to see an increased interest from people across Canada who want to be candidates for a political party that represents animals, people, and the environment.

The political party, which was formed in 2005 as the Animal Alliance Environment Voters Party of Canada with only one candidate in Ontario, party leader, Liz White.  In the 2019 federal election, the party ran 17 candidates in 6 provinces including B.C., Alberta, Ontario, Quebec, New Brunswick, and Nova Scotia.

Since the 2019 election interest has continued to grow with many new candidates being excited to join the party.  Commenting on this growth, Liz White stated: “We are seeing a great deal of interest from young people in the animal and environmental movement, as well as long-time supporters from other political parties who have become disillusioned with mainstream politics. Status-quo politics have failed and people are looking for inspired politics to move our society forward.”

The APPC distinguishes itself from other political parties by including animals and the environment in every aspect of their platform and calling for representation for animals in parliament through a Minister for Animals, with a mandate to improve the status and treatment of animals across Canada. Their platform also covers everything from economics and democratic reform to foreign affairs and health care.

While the party continues to grow, it is still very much a grassroots organization surviving with support from volunteers and donors. With no currently elected members, they work from outside of the government holding the other parties accountable for their policy. Come election time, they are able to stand toe-to-toe with elected candidates in public debates and often win the hearts of attendants.

Jordan Reichert, deputy leader, said that it is their candidate’s passion and authenticity which people love to see in politics, even if they may not get their vote. “Our candidates talk about issues no other political parties are willing to talk about when it comes to animals and the environment. Animals would not be mentioned in these debates and entered into the political discourse without our presence, and that is a significant gap in how people consider the political and social world in terms of public policy. We need to have these conversations now, not in another five or ten years.”

The Animal Protection Party of Canada continues to accept application for new candidates on its website: www.animalprotectionparty.ca/candidate-application-form/