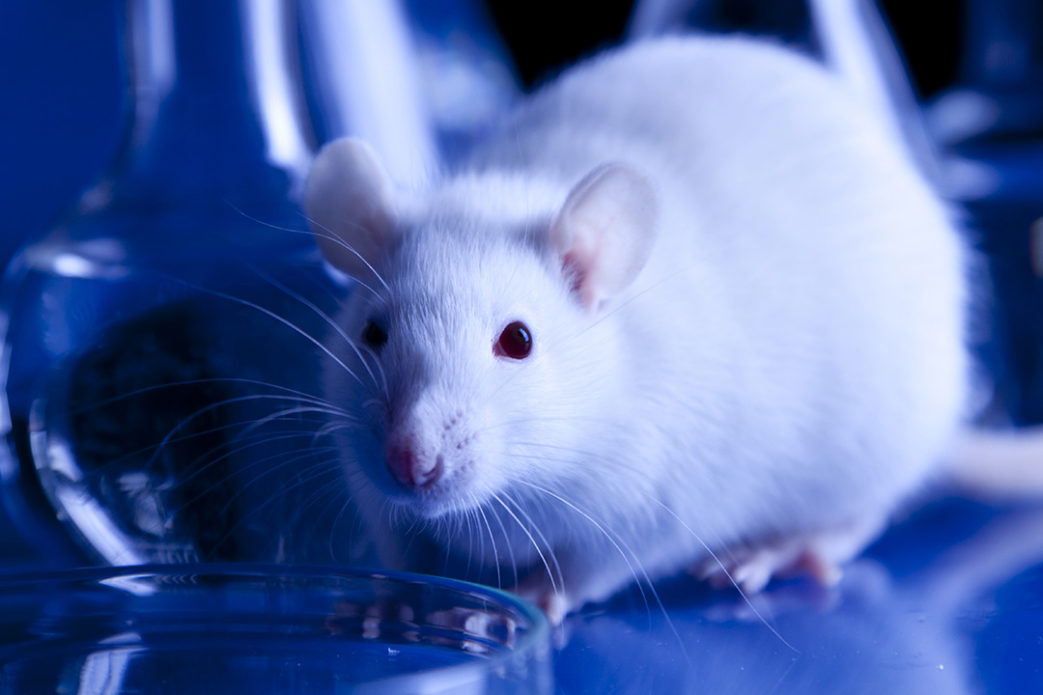 About four years ago, I interviewed students at the University of Victoria to find out if they were aware of animal testing taking place at the university and to get their opinions on the practice. Many students were not aware animal testing was taking place at the school. Others knew, but were not aware of to what extent the tests were taking place. Some of the students supported it, while others didn’t. When those who supported testing were asked if they would offer their pets as test subjects, all declined.

Animal research is not uncommon in Canada and is perfectly legal. Using live animals to test cosmetics, household products, pesticides, poisons, drugs and other harmful substances. Furthermore, subjecting these animals to severe levels of distress and pain without relief is also perfectly legal. These facilities are often a part of universities, government institutions, but can also be private research facilities for hire. In all cases, access is restricted to the public and getting reliable information on what types of animals are being tested on, how often, and to what severity is made very difficult to obtain. Currently, the Canadian Council on Animal Care (CCAC) reports the number animals being used in research at over three million each year since 2009. However, we do not have the full picture since private testing labs are not required to report the number of animals used and therefore the CCAC data are well below the real numbers.

Considering as many animals as a tenth of the entire population of Canada is used in scientific research each year, it would be reasonable to think that the government regulates this industry to protect the animals to some degree. However, the reality is that Canadian Council on Animal Care has minimal oversight of only animal experimentation that is funded through tax dollars. Private testing labs are not covered.

They are not an advocacy body for the research animals and do not serve animal interests first. It is perfectly legal to inflict terrible pain on experimental animals. According to material on the CCAC’s website, in 2015, over one million animals used in research in Canada, were subjected to moderate or severe distress or comfort. Another 76,000 were exposed to “pain near, at, or above the pain tolerance threshold of unanesthetized animals.”

If three million animals, and likely more, are being used for research each year, then one would imagine there would be, at minimum, some high degree of regulation to protect these animals from the worse abuses. However, there isn’t. What we have is a great deal of lip-service being paid to the concept of the 3 R’s (Replacement, Reduction, Refinement), but no concrete action or incentives for industry to change its practices. For example, when Animal Alliance asked the Ontario Veterinary College to stop its live terminal surgery programme (killing the dogs after they were sterilized) for available alternatives, the College refused and the CCAC would not intervene. Animal Alliance had to publicly expose the situation before the college agreed to end the practice.

As a completely voluntary body with no mandatory reporting requirements on private research facilities, the CCAC has no power to enforce its 3R policy. And as we experienced with the Ontario

Vet College, the bodies that participate in its programs have no reason to change. This is a an organization that is funded by public tax dollars, but does not serve the public interest in eliminating the use of animals in research.

We must also be concerned about where all these animals are coming from. While many are bred in horrendous conditions specifically for research purposes, a continued little-spoken practice is pound seizure. Pound-seizure occurs when animals are surrendered by shelters to facilities for experimentation. This means that in some parts of the country, if your pet dog or cat is picked up and taken to a shelter, they could be sold into animal research. Before you race out to bring them inside, it is important to note that humane societies and rescue organizations will not give animals up in these instances. Regardless, it still takes place across the country. Animal Alliance of Canada recently released a film Saving Dinah, which tackles this issue and how it can affect people’s lives.

Considering the undercover footage of abusive practices recently revealed in CTV’s W5 expose on a research facility in Montreal, there is good reason to doubt that the CCAC is an effective body to regulate this industry. Other countries have already banned cosmetic testing on animals and the importation of animal tested products into their markets. Many countries also have government bodies which regulate animal research. Meanwhile, Canada continues to lag behind to protect research, rather than the interests of the animals who are suffering and dying by the millions. That being said, Animal Alliance of Canada and Humane Society International are currently working to help Bill S-214, the Cruelty-Free Cosmetics Act, be passed in Parliament. This will help many animals, but the broader picture of suffering will continue.

Herein lies the problem. Most people are opposed to animal experimentation for the day to day products that continue to injure animals needlessly. Cosmetics, house-hold cleaners, and chemicals have been tested extensively on animals for years. Alternatives to animal testing exist, most of these products are unnecessary regardless, and it should draw our attention to why are we using such toxic chemicals, cleaners, and makeup that is still dangerous to us even after they have passed animal testing. Still, the ace in the pocket of researchers will always be medical research. Faced with even the most abject animal abuse, many people’s resolve falters when faced with the authority of “scientific research” geared towards curing cancer or other human diseases. This is the false dichotomy thrown back at animal advocates and any would be doubters to the use of animals in science. Either we continue to kill animals by the millions, or there will be no cure for cancer. In reality, Canada dedicates very few resources to work on non-animal alternatives, unlike Europe which has invested significant resources into alternatives to animal testing.

What continues to be neglected in the conversation is that animals are persons, not property. They are considered to be property under Canadian law and animal research relies heavily on this conceptualization. However, every animal tortured in the name of science was a someone, no matter what they were bred for. They are not a sacrifice for the greater good. They are unwilling participants in a medical and research system that is often driven by profit.

Our federal government needs to identify and work towards preventative measures, starting with the removal of harmful products such as pesticides and herbicides and other toxic substances from our world.

What we need is research on how someone can look into the eyes of monkey, pig, dog, cat, mouse, or other animal while they are being burned, cut, beaten, or poisoned and not see them looking back as another soul crying out for help. The cries heard on the W5 programme haunts me and I cannot imagine how it could not haunt the people who work there. What the system of animal research has taught us, is how to forsake our own emotional intelligence, our compassion, and empathy to justify the most abject part of our humanity.