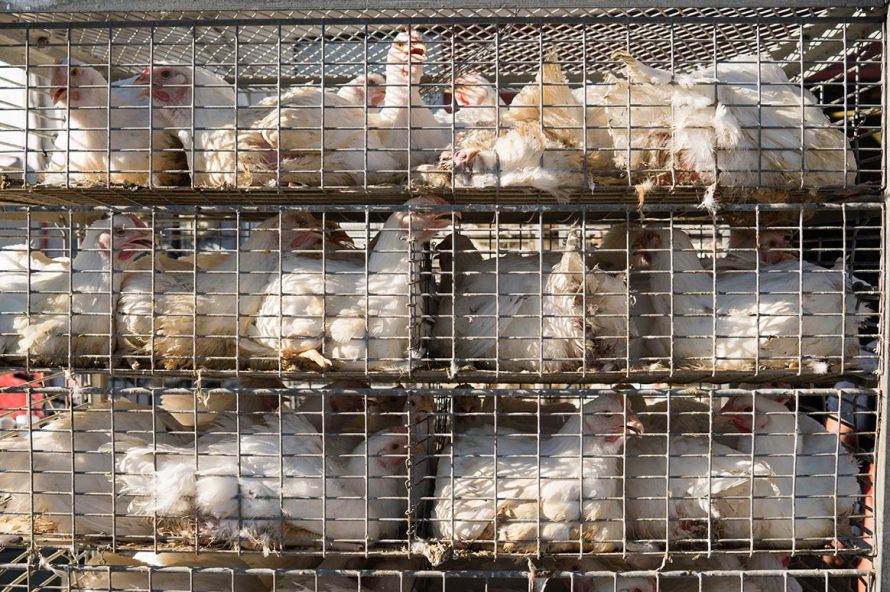 This post does not contain APPC’s entire response to the government, but is an overview of its response. If you would like a complete copy please contact us here.

As currently drafted, the Security From Trespass And Protecting Food Safety Act, 2020, is unconstitutional and could be challenged in court. It is clear that the Act’s sole purpose is to silence animal activists attempting to expose animal cruelty in the agriculture sector.

Our assessment of the Act is that it attempts to silence the many protesters and other individuals who are alerting the public and conducting valuable investigations to expose the cruel conditions many farm animals endure and to further highlight that “reasonable and generally accepted practices of agricultural animal care”, including castration, tail docking, debeaking and other such practices without anesthetic cause injury, are harmful and cause undue distress to the animals. In passing the Act, the government has failed to consider the fundamental Charter rights and freedoms of these individuals as well as the public’s right to know how animals who are sold as food to the public are raised and treated on farms, during transport and at slaughter.

The government insists that it will not tolerate animal cruelty perpetrated against animals on farms. However, its own animal welfare legislation exempts most of the activities which cause pain and suffering to the animals. The Act reads: Standards of care and administrative requirements for animals 13 (1) Every person who owns or has custody or care of an animal shall comply with the standards of care and the administrative requirements with respect to every animal that the person owns or has custody or care of. Exception, agricultural activities (2) Subsection (1) does not apply in respect of an activity regarding agricultural animal care, management or husbandry carried on in accordance with the reasonable and generally accepted practices of agricultural animal care, management or husbandry, unless the standards of care or administrative requirements expressly provide that they apply to that activity.

Through the Proposed Approaches for Regulatory Provisions to Implement the Security from Trespass and Protecting Food Safety Act, 2020 the Ministry has failed to provide justification for the Act and has laid out the legislation in such a way that it does not meet its own expectations of being reasonable and balanced in the Acts application. The only expectation met is that the Act is clear in its attempt to silence animal advocates and those with an interest in exposing animal cruelty in the agricultural sector.

From its inception, The Security from Trespass and Protecting Food Safety Act (Bill 156) has been met with controversy and opposition from a wide variety of stakeholders including the farmers, animal advocacy organizations, journalists, and large segments of the public. Such is the chilling effect Bill 156 would have on the dissemination of information, freedom of expression, and public awareness of the treatment of animals on farms, in transport, and in slaughterhouses.

Fundamentally, the bill seeks to punish those attempting to expose the gross mistreatment of farm animals within the agriculture sector while doing nothing to improve the conditions or protections for farm animals outside of securing their delivery as commodities to the marketplace.

While hundreds of millions of animals go through the agricultural system each year in Ontario, the abysmal conditions they must endure have received no enhancements from the legislature and continue to enable suffering and maltreatment that has only come to light due to the exposure of this industry by undercover investigators and animal advocates, the very people the Act seeks to punish.

As it stands, the Act will only continue to entrench a cultural of silence and abuse of power over the vulnerable animals it exploits for profit. It is the recommendation of the Animal Protection Party of Canada that all parts of the Act not currently passed be rescinded as it is unjust, unconstitutional, and fails to serve the interests of the public.

Donate to help us fight Bill 156 and ag-gag legislation across Canada.