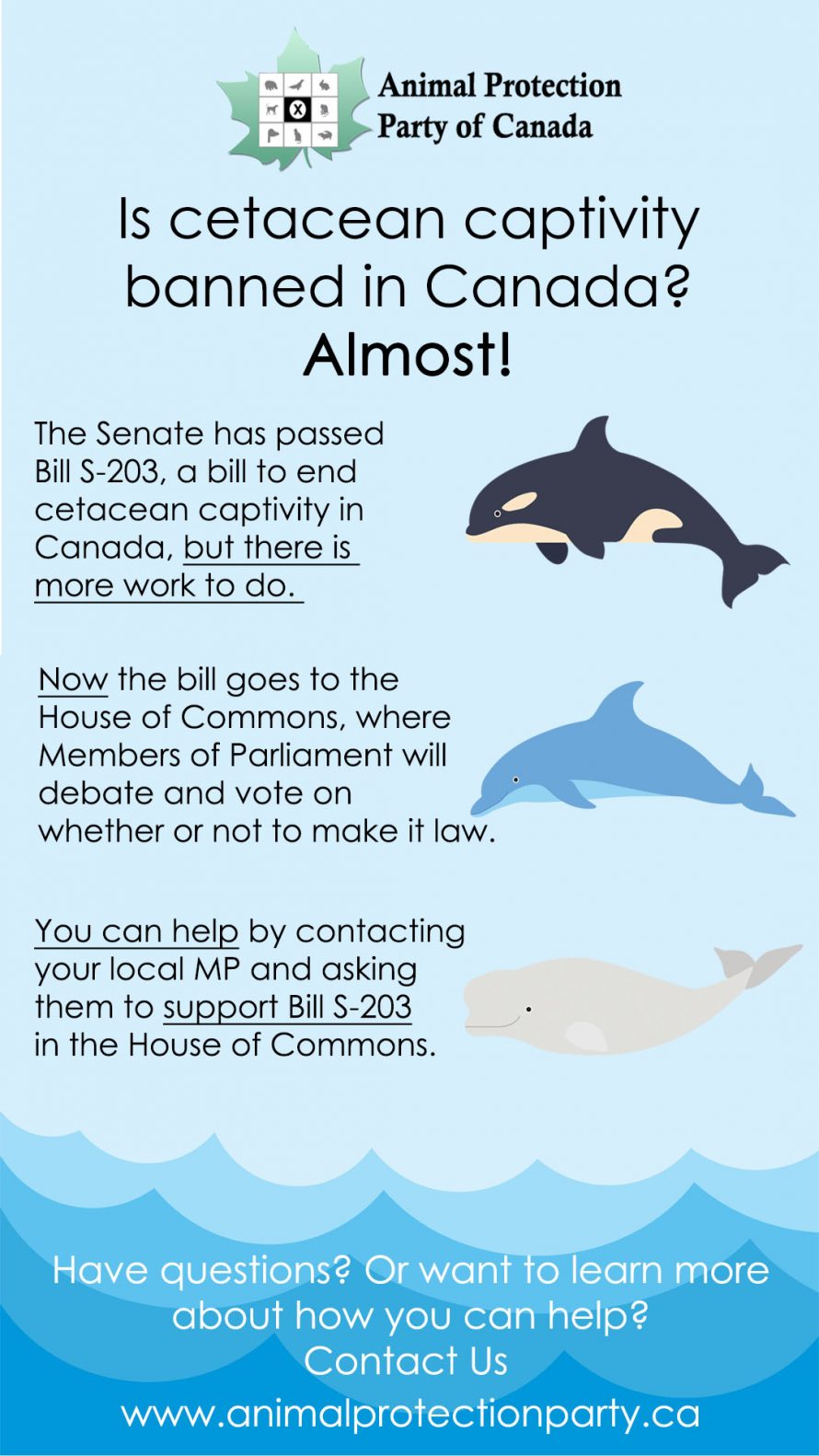 Senator Wilfred P. Moore’s Bill S-203, the ending the captivity of whales and dolphins act, has now completed 3rd reading in the Senate.  Originally introduced in 2015, it has been a long and hard-fought step forward.  However, now the bill must go through the same process in the House of Commons and pass with the same wording.  Unfortunately, with a potential election looming early in 2019, the bill could die if it is not passed before the election is called.

Next steps for Bill S-203 are to go through the House of Commons where Members of Parliament (MPs) will debate it and eventually vote on it.  It went through first reading on Oct 24th in the House and needs to pass through 3rd reading to receive royal assent and become law.

The Animal Protection Party of Canada stated that while the they are optimistic, they also have concerns about the length of time it took the bill to get to the house and whether or not it will become law before the next election is called.

There has been tremendous efforts made by the Vancouver Aquarium and the Marineland Canada to oppose Bill S-203 making it through the Senate. We have no doubt their efforts will continue through its time in the House of Commons.  Our greatest mistake as concerned citizens would be to sit back and not get involved.

Marineland Canada is the last facility with cetaceans on display for entertainment in Canada, with the Vancouver Aquarium losing their last two captive cetaceans, Aurora and Qila, in 2016.

The Animal Protection Party of Canada is calling on people from across Canada to contact their local Members of Parliament and respectfully ask them to support Bill S-203.  You can conveniently find your MP by using the search feature on this website.

If you have questions about what to say to your MP please let us know.  We are happy to empower citizens to be politically active in their community.

Donate today to help us lobby the government and make sure Bill S-203 gets passed.