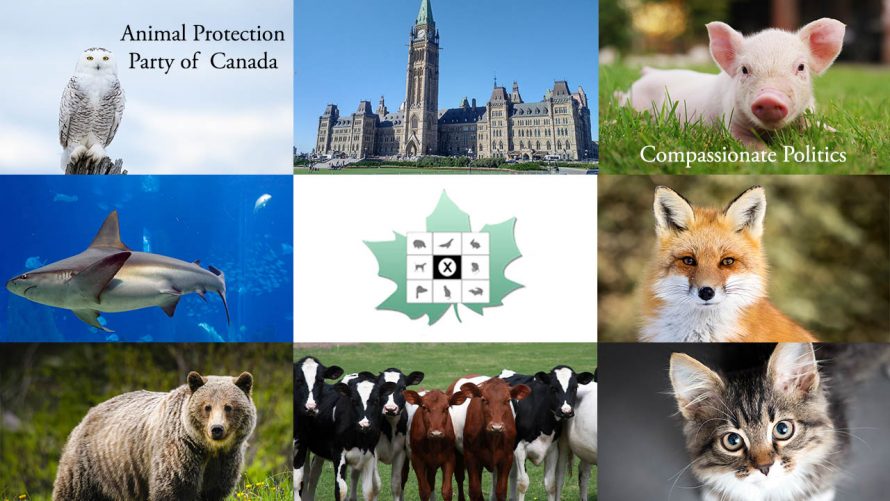 Animal Protection Party of Canada is a federal political party that is growing!

As the most progressive party in Canada, we represent a wide range of issues that need definitive action because the Earth, animals, and people can no longer wait.

We are actively seeking new candidates from across the country to join us in our mission of bringing compassionate politics to the political sphere in their local communities.  An election could be called this year! If you are interested in becoming a candidate please fill out our candidate application form here. 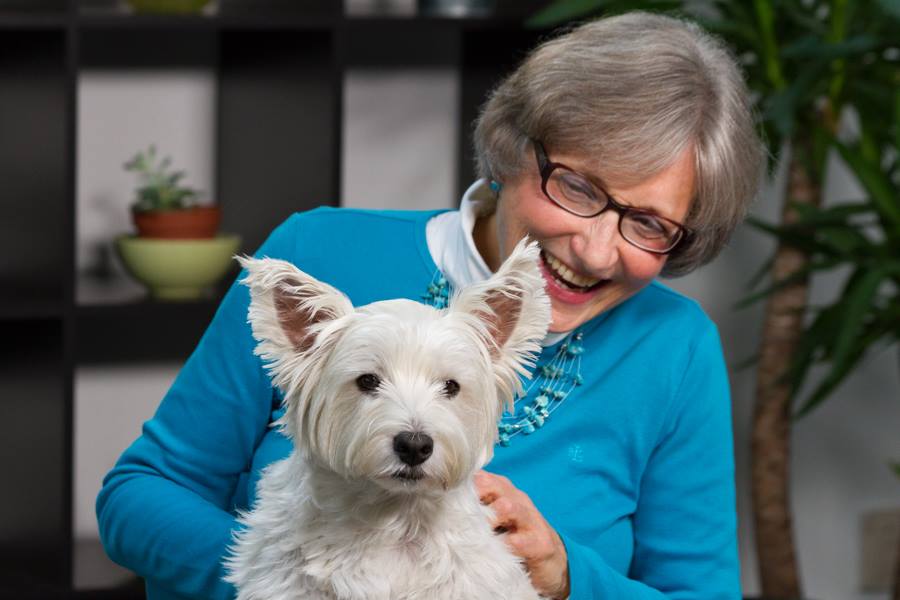 Liz began her career as a registered nurse and has spent her working life advocating for a fair and just world. She has spent over 40 years as a community activist, working on progressive issues including advocating for the disadvantaged, animal protection, and aboriginal land settlements. Liz has worked on animal and environmental protection since joining the Toronto Humane Society in 1987.

Liz was a founding director of Animal Alliance of Canada when it was formed in 1990. She has participated on a number of government advisory councils at the municipal, provincial, and federal levels. 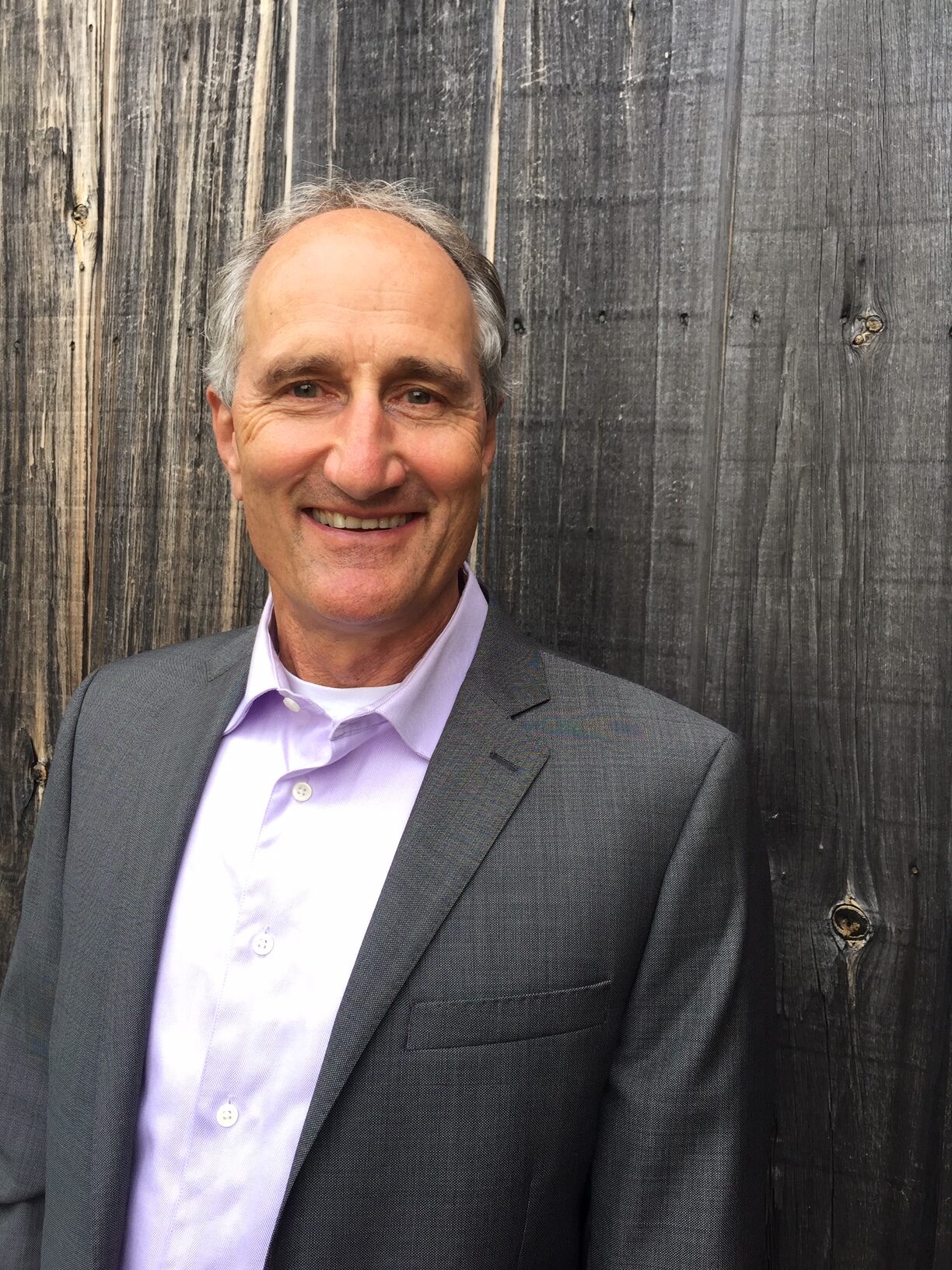 Peter Stubbins has been an elected member of the Simcoe County Council.  During his time on Council, he successfully advocated against the coyote bounty and promoted waste diversion by increasing the cost of dumping garbage. As a private citizen where he and three neighbours challenged an estate subdivision in a rich hardwood forest of some 400 acres in the mid 1990's at the Ontario Municipal Board; following this he and many others advocated successfully so that the Township of Tiny adopt an "environment first" official plan.

Peter graduated from U of T in 1979 with an Honour's Degree in Life Science majoring in Environmental Studies. Peter returned to his studies and completed a physiotherapy degree in 1984 at U of T and worked in the field for 36 years. Along the way, he also completed a five-year Osteopathy program.

Having worked in hospitals, mental health care facilities and his own home care small business, Peter has developed a clear understanding of how to save money in the healthcare system and spend that money more wisely for mental health, for youth living in crisis, and frail elderly care. Healthcare is the most expensive and cherished service that governments deliver in Canada. We must do better.

Peter understands the socio-economic issues facing humans and understands that these challenges will only be exacerbated if we do not get the "ecology thing" right. Taking care of the planet will take care of people. 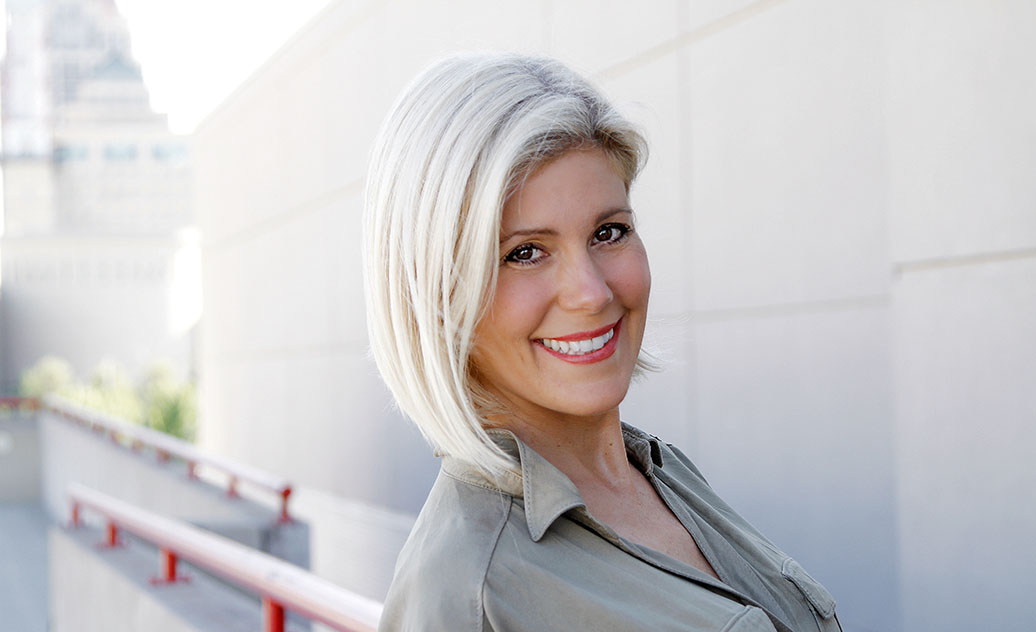 Natalie graduated as a Registered Nurse from George Brown College in 1998. She has studied Holistic Nursing, Nutrition and Wellness and recently became certified as a yoga teacher with Yoga Alliance.

Natalie has worked at Trillium Health Partners in the operating room for over 10 years and specializes in Cardiac Surgery.

Natalie is a strong advocate for the safety and protection of all in her care and a staunch animal lover who rescued her two dogs from Etobicoke Humane Society, where she volunteered.

As well as attending protests and vigils, Natalie supports local and international animal protection groups. Her goal is to continue to educate and promote awareness around the humane and ethical treatment of all animals, while affecting change within the Canadian judicial system.

Natalie is a member of the Toronto Vegetarian Association and this is her second time running as an APPC candidate. 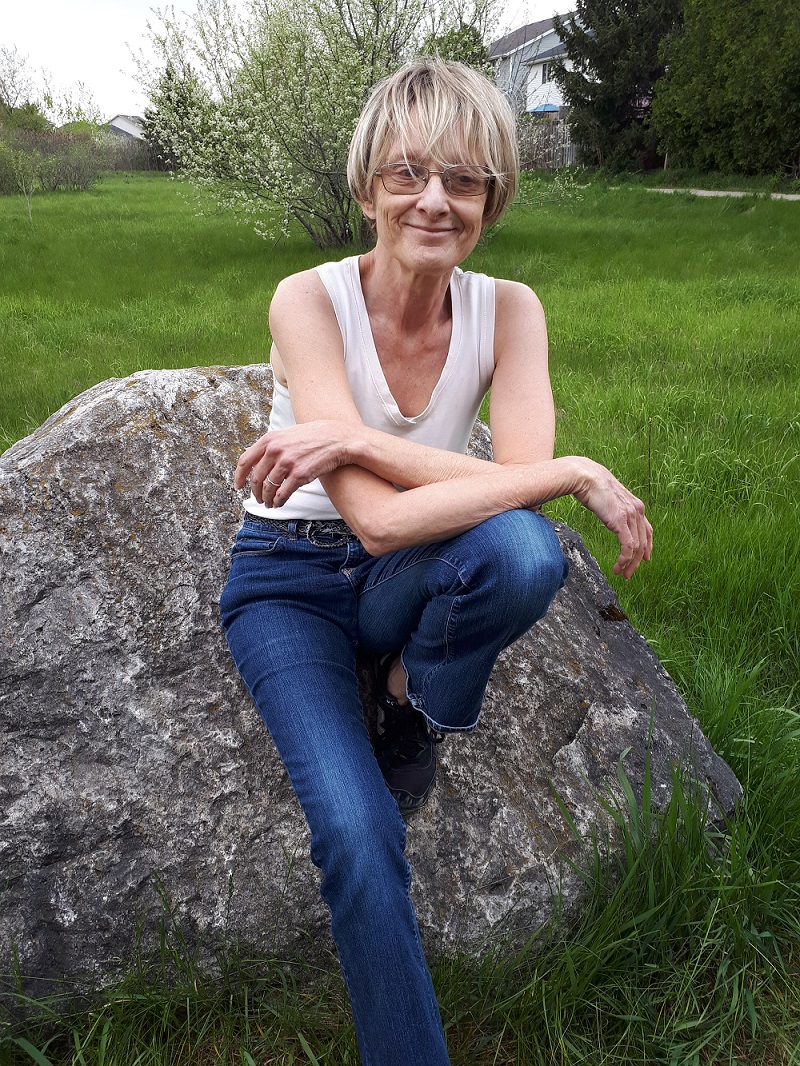 For years Karen worked to eliminate the fishing industry’s commercial seal hunt, cosmetic and household product testing on animals, use of animals in research, horse slaughter, and animal agriculture—the leading cause of climate change and biodiversity loss.

After a Jack Russel Terrier—Harper— strangled to death in a conibear trap set at the Hanlon off-leash dog park in 2006, she spurred the City of Guelph to prohibit the use of lethal wildlife traps and helped draft Harper’s By-Law (2009), making Guelph the only city in Canada to protect humans, companion animals, and wildlife from life-threatening traps.

Sitting on the Guelph Cat Population Taskforce, Karen aided the city in adopting a Trap-Neuter-Vaccinate-Return policy for feral cats. She persuaded the Ontario Veterinary College to end the use of animals as teaching tools and helped it embrace ethical teaching and testing methods. She also facilitated the adoption of 52 of OVC’s beagles and pound dogs. 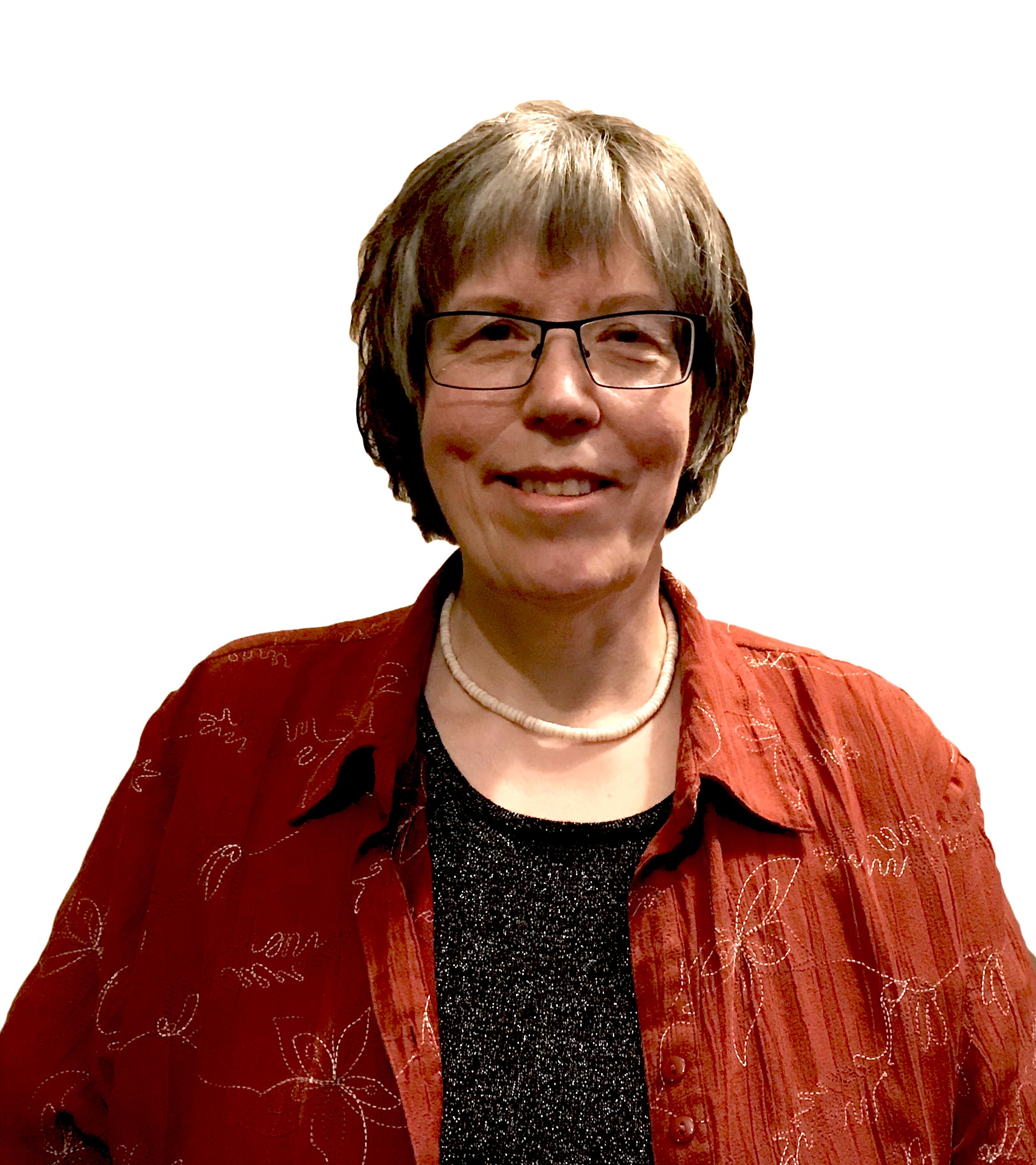 She was an activist and newsletter editor with the Young Vegetarians and board member of the Nederlandse Vegetariers Bond in the 70s in the Netherlands. She joined Action Volunteers for Animals and the Toronto Vegetarian Association after she immigrated to Canada 35 years ago. She enjoyed participating as a federal and provincial candidate in Perth-Wellington in the 2011 election for the NDP, coming in second in the federal election, ahead of the Liberals.

Animal rights and welfare and climate change are top priorities. She saw the success of the Party for the Animals in The Netherlands in 2017 when she partook in the Annual Conference in Amersfoort and visited with the party's Senators and MPs. Many things have positively changed for the animals there, as the little party shamed the other bigger parties into taking action for the animals and thus changed a lot of laws in the Netherlands, benefitting humans as well. We can do this in Canada! 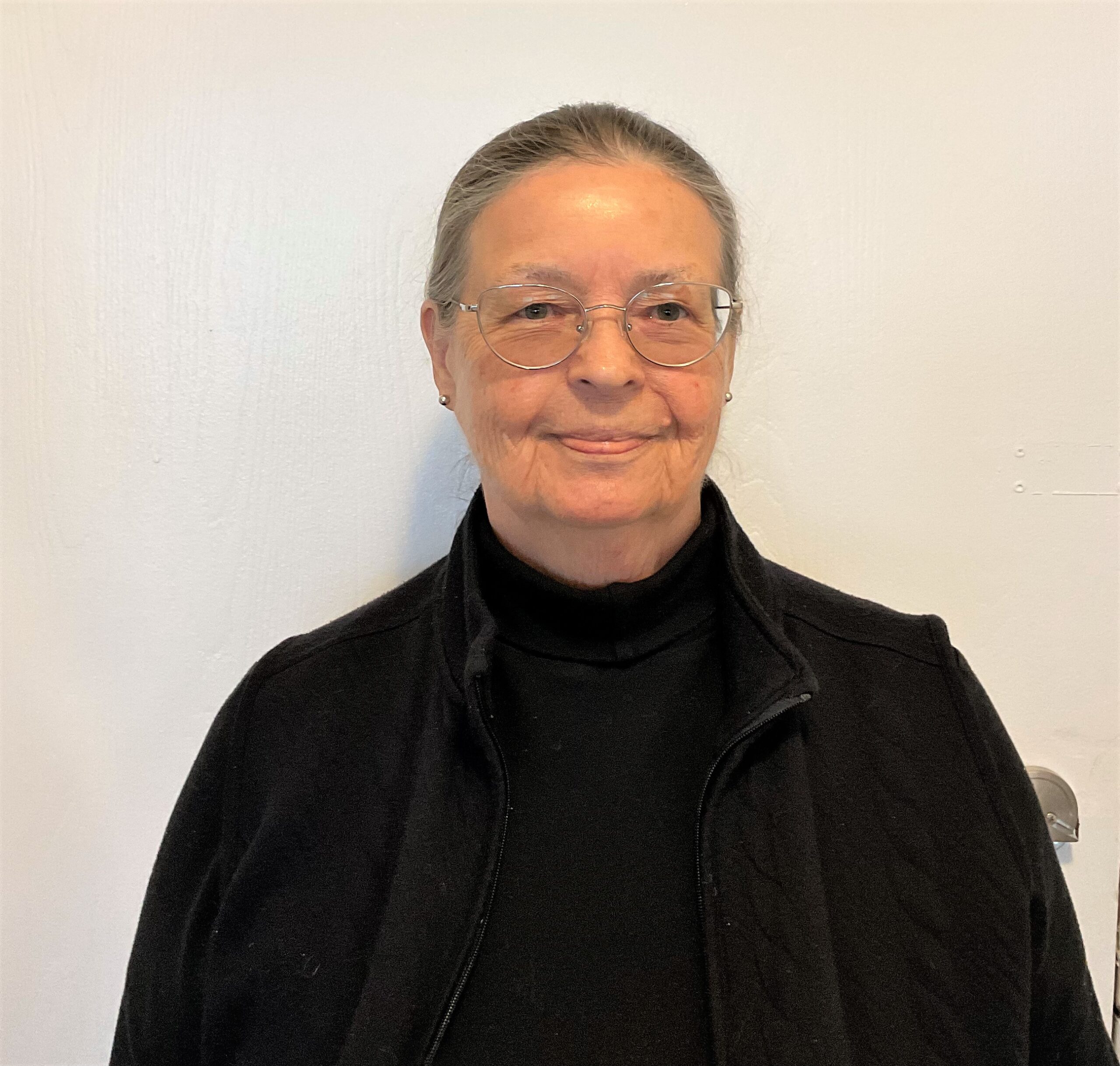 In 2014 Irene’s life and her life’s work changed when she adopted a plant-based diet to improve her health.  Not only did her health improve but she developed deep compassion for the animals that she had been eating for over 60 years.

Born in Toronto, Irene received her BA from McGill University.  She moved to the United States, later returning for a MSc. in Blind Rehabilitation from Florida State University.

After retiring from her job with the U.S. Dept. of Veterans Affairs in 2017, Irene settled in Burlington where she devotes her time to educating people on the ethics of veganism and encouraging them to adopt a plant-based diet.  She volunteers weekly at the Burlington Humane Society.

Irene is new to politics but she is committed to bringing issues of animal abuse in the meat, dairy and egg industry into the public arena.  She will work towards ending subsidies for animal agriculture while providing assistance to farmers in transitioning to alternative crops that will benefit both the farmers and the environment. 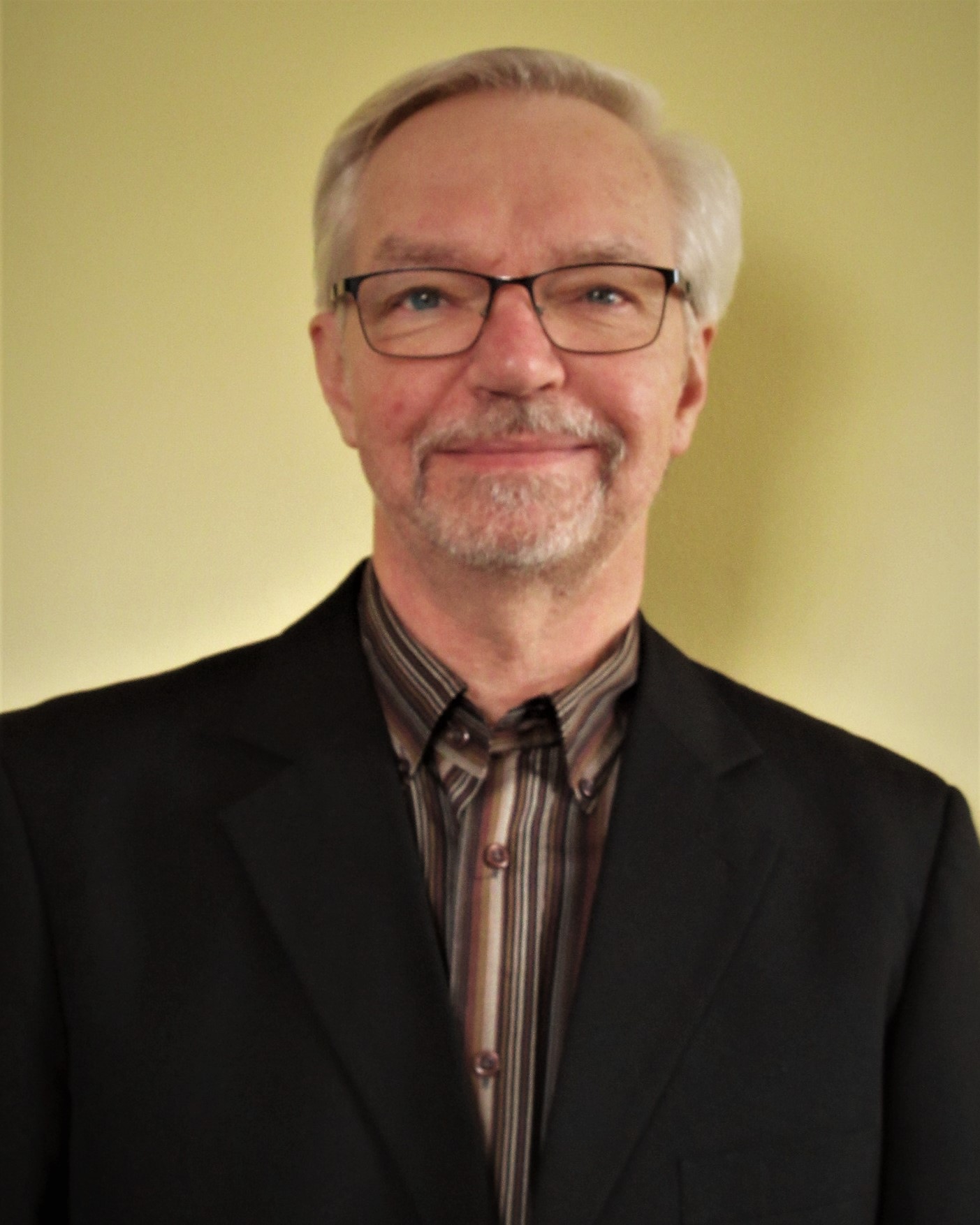 Lawrence is new to politics but has been an animal rights advocate and living the vegan lifestyle for many years. Now retired Lawrence worked mainly in the manufacturing business sector.

Lawrence is married to Carol, step-father to Michelle and Jennifer and the dad of a 1-1/2 year old rascally Pug named Charlie. He is a homeowner currently living just outside of Halifax, Nova Scotia. 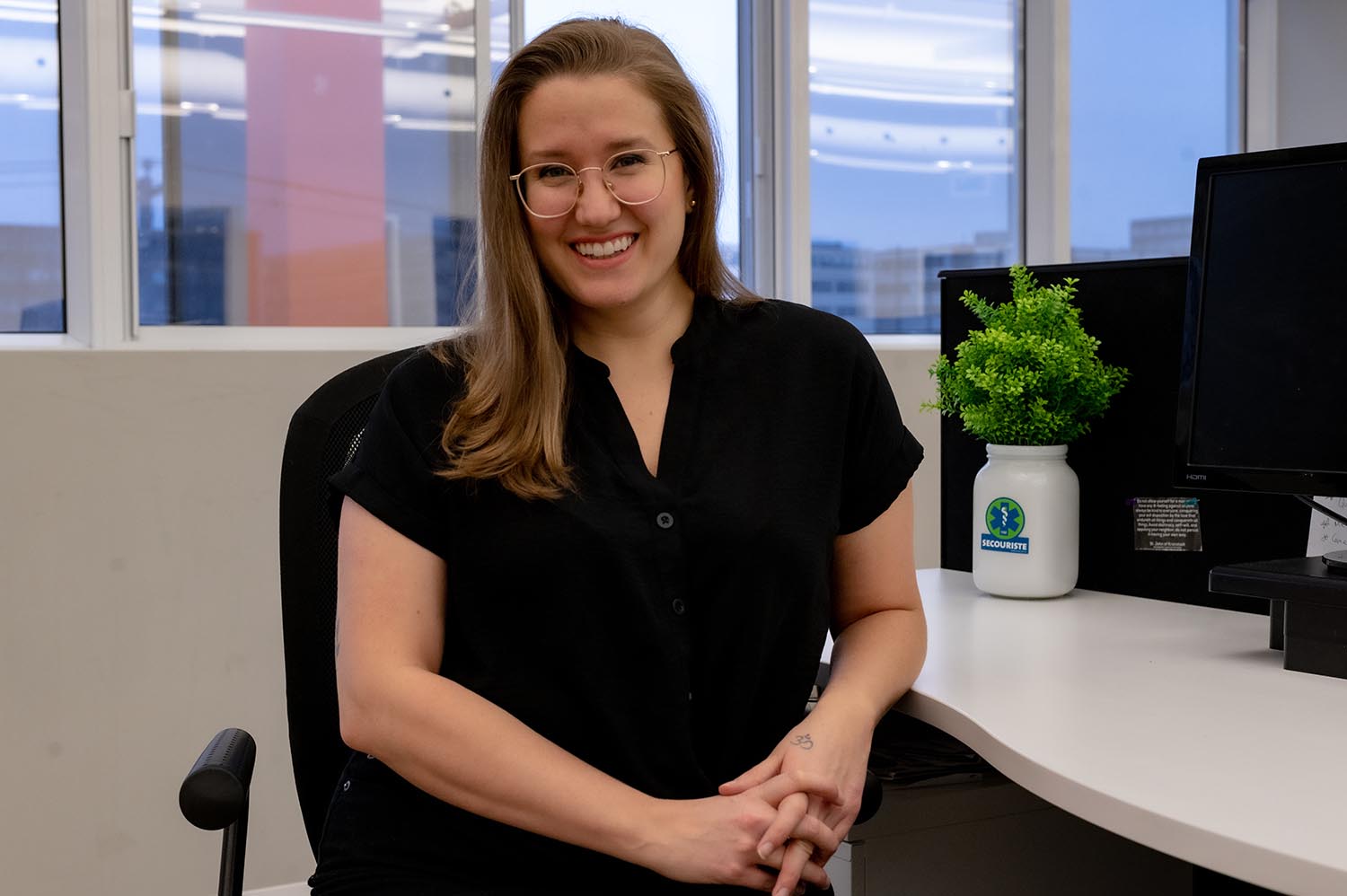 Born and bred Montrealer, Kimberly has lived and worked all across Canada. She studied broadcast journalism and graduated with honours from Concordia University. She began her career working in television in Toronto. She quickly found her skills transferred over into marketing and social media. She then became a Flight Attendant based both in Vancouver and Halifax. Her love of meeting people and getting to hear their stories remains strong, especially as she now works in Human Resources.

The mantra: “Treat others as you would like to be treated” informs every decision she makes. It is never more applicable than in relation to the wellbeing of animals. In 2017, Kimberly made the connection and went vegan.

The adage: you vote with your dollar is something she takes to heart (AND stomach). She works everyday to spread awareness about the benefits of a compassionate way of life. Kimberly’s first experience with animal advocacy was with Anonymous for the Voiceless in 2018. The peaceful approach of a Cube of Truth resonates with her. She has taken part in marches, protests, demonstrations, vigils and animals rights events all across North America.

After 2019’s Climate Strikes urged on by Greta Thunberg, she reached out to the APPC and believes this is how she can make a lasting impact. 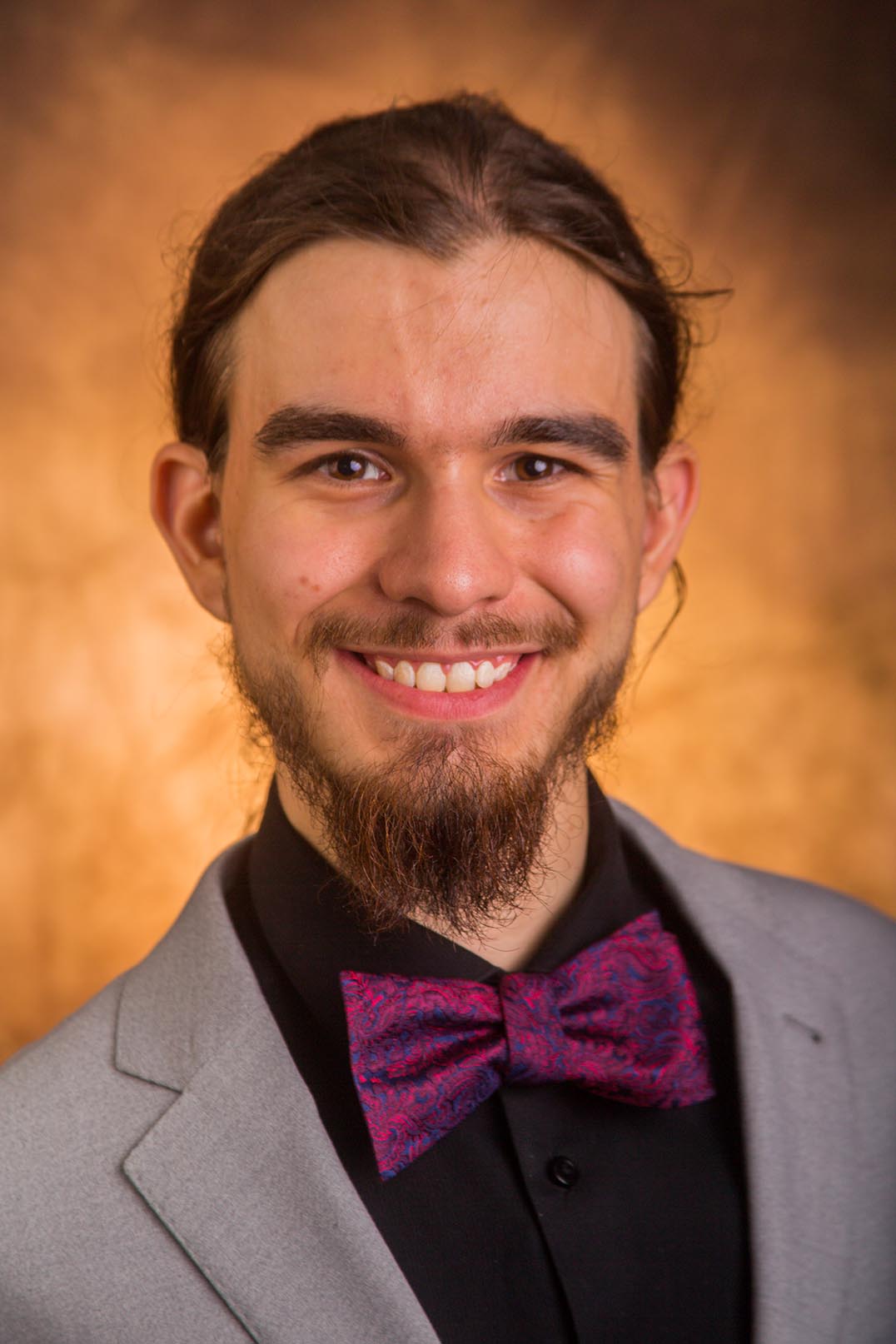 Lucas Munger is a director in his family-owned media production company. He has always been deeply involved in his community. Since a young age, he has worked with many organizations for causes like Centraide, Greenpeace, Amnesty International, Tablée Populaire, Guignolée and others. He worked for the local news network and contributed to many events in the community. Nowadays, he works closely with GARAF and Operation PAJE, local environmental groups that are acting directly with students. He is also helping local sport teams, schools, artists, and entrepreneurs.

Vegan for several years now, Lucas is always seeking ways to improve animal wellness, to help the environment, to help local entrepreneurs and to help the younger generation. This is Lucas’s second time running as an APPC candidate.

He has studied arts, letters and communications and is now studying in administration.

Debra had her “a-ha moment” in September 1978 while taking pre-veterinary courses in the Faculty of Agriculture at the University of Manitoba. When a little calf she met licked her face, she realized they were no different than a dog and immediately gave up eating meat. She has since transitioned to being fully vegan.

She started getting active for her fellow earthlings March of 1987 when she joined Winnipeg's first animal rights group. Over the years her advocacy has included participating in demonstrations, film showings, tabling, school presentations, talk show discussions, Cubes of Truth, banner drops, Winnipeg's inaugural Official Animal Rights March, volunteering at Winnipeg VegFests and fund-raising. Writing is a large part of her work and she has had dozens of letters to the editor printed as well as many articles appear in smaller, local publications.

In 1988 she began hosting Animal Rights Forum on public access TV and aired video footage provided by the Animal Rights Information Service making Winnipeg the first Canadian city to do so. In the early 90's she worked with Animal Alliance of Canada to shut down the University of Manitoba's access to pound dogs. She was instrumental in Winnipeg not being a stop for the Professional Bull Riders 2020 and 2022 tours and was responsible for Manitoba Pork being found in violation of Canadian Food Inspection Agency labelling laws for falsely claiming their products to be "healthy." She has presented before several Committees including that studying Manitoba's Animal Care Act in October of 1996, Winnipeg's Community Services Committee regarding the ban on exotic animals in circuses in July of 2002 and in April of 2021 she spoke out against provincial ag-gag law Bill 62.

She supports many animal rights and environmental groups. She has been a member of the Winnipeg Humane Society for half of a century (!) and has a lifetime membership with The Fur-Bearers. She worked in veterinary clinics as an assistant for 35 years and is a past member of the Association of Veterinarians for Animal Rights (now the Humane Society Medical Association). 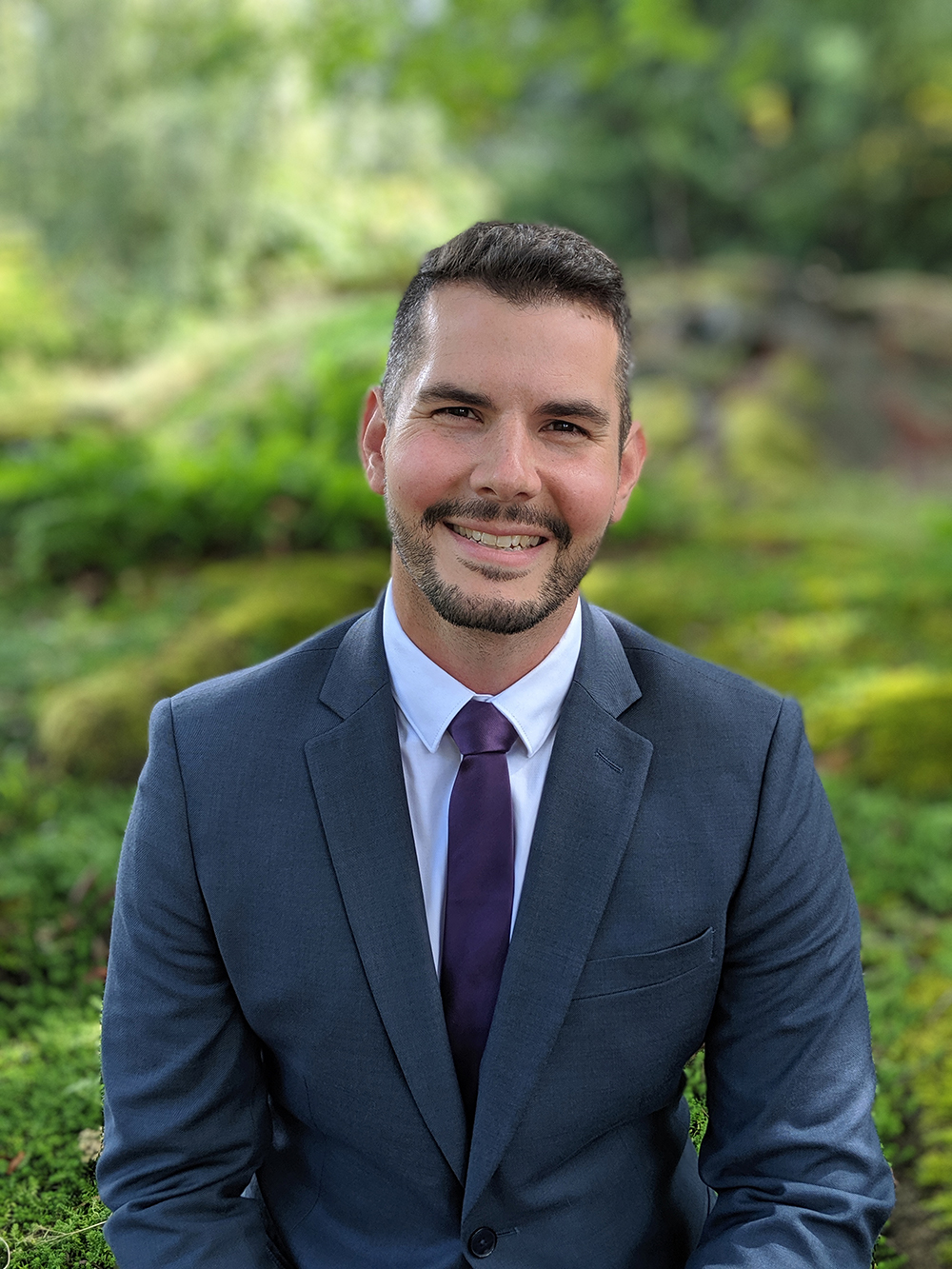 Born and raised in Victoria, B.C., Jordan is a mental health and addictions worker, animal advocate, and community organizer in his home town. In the fall of 2015, he ran in the Canadian federal election in Victoria, B.C. for the Animal Protection Party of Canada.

Jordan has worked as a marine electrician, in the service industry, for the Victoria Cool Aid Society, and has been employed at Island Health for the past 10 years as a mental health and addictions worker.  He co-organizes a number of organizations and events including the Vancouver Island Vegan Association, Vegtoria Veg Fest, Animal Advocacy Camp, Pets OK B.C., the View Royal Rabbit Rescue and the Victoria Horse Alliance.

In 2014, Jordan graduated with distinction from the University of Victoria with a double major in sociology and philosophy. Jordan is now the deputy leader for the Animal Protection Party of Canada and is employed by the Animal Alliance of Canada.