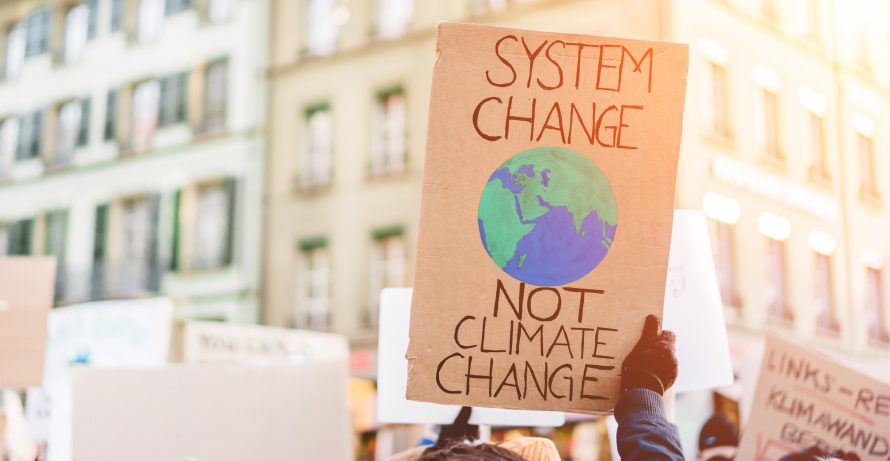 None of the other political parties are prepared to talk seriously about animal agriculture and capitalism as root causes of the climate crisis we face. Instead, they prefer to be fossils, fueling the politics that got us where we are today. If we are going to take seriously the ecological changes that pose the largest threat to our existence since the great wars, we need to evoke the same force in our politics that we are seeing in our environment.

We need a political climate change.

When I look at the political parties who hold power, I am uninspired by their moderate and uncreative approach to the immediacy of the situation before us.  The time for appealing to the short-term interests of voters for political sustenance must end. We only have a couple of election cycles before the potential for a point-of-no-return environmental collapse.  This is not the time for hope that the political fossils will gain some new found will to do what is needed. It is the time for a change in the ecology of our politics. Maybe the foundations of this needed political form have never been present in Canada’s system and we are on the cusp of a new frontier. So, we must be the pioneers of the new politics and demand it make our economy a function of our ecological health.

This will not be comfortable, but necessary change rarely is.  What we look to gain will be a fundamental freedom that benefits all of us.  Shifting away from animal agriculture must be done for the health of our planet, the billions of animals killed each year in its gears of production, and our own health.  Ending the exploitation of our oceans to protect marine life and the integrity of these sensitive ecosystems is essential to avoiding ecological collapse. Reimagining forests, wildlife, and land as intrinsically valuable instead of only instrumentally valuable will be one of the most significant hurdles.  To transition from an ethic of commodifying the natural world to preserving it will take a revolution of mind and deliberate action.

Having so recently defined the anthropocene, we must acknowledge the great collective mistake we have made and sink it in the rising sea waters it has ushered in. The Animal Protection Party of Canada wants to create a political atmosphere that values people, animals, and the environment as equal partners in our collective well-being. We must end the use of animals and the environment as political capital to be bought and traded. We must end the public subsidization of our countries worst polluters. We must redistribute our wealth with the greatest of equity. Most of all, we must not be apathetic as members of society to the power we have in shaping this better world.

There is nothing I’ve seen that indicates to me that the Liberals, Conservatives, NDP, or Greens are willing to drop status-quo politics to save the planet.  While the slogan you are likely to hear of a “Green New Deal” throughout the election cycle will appease many, the fact remains that the parties who take up this mantle are the same parties who have shown us they are willing to compromise the environment for political support. A Green New Deal may be the height of greenwashing capitalism, it may even make things better for a time, but in its current form it is not enough.

Politics has traditionally focused on asking people to give them their vote and in exchange their political party can take care of their concerns. All the people have to do is work and consume.  This relationship must fundamentally change. While the idea of buying ourselves out of climate change may have seemed plausible to some a decade ago, the reality has now hit we have only bought ourselves a worse fate. Education and empowerment of citizens at every level as partners in fighting climate change must be the new political mandate. While we need strong environmental policy, we need even more strong environmental leadership on the ground in every community.

To save the Earth, we need to save ourselves from the delusion the Earth is all about us.  While its fate may be in our hands, its resilience lies in the animals and environment around us. That is why I suggest it is time we change the climate in our own house, to better reflect the environmental urgency they face in theirs.