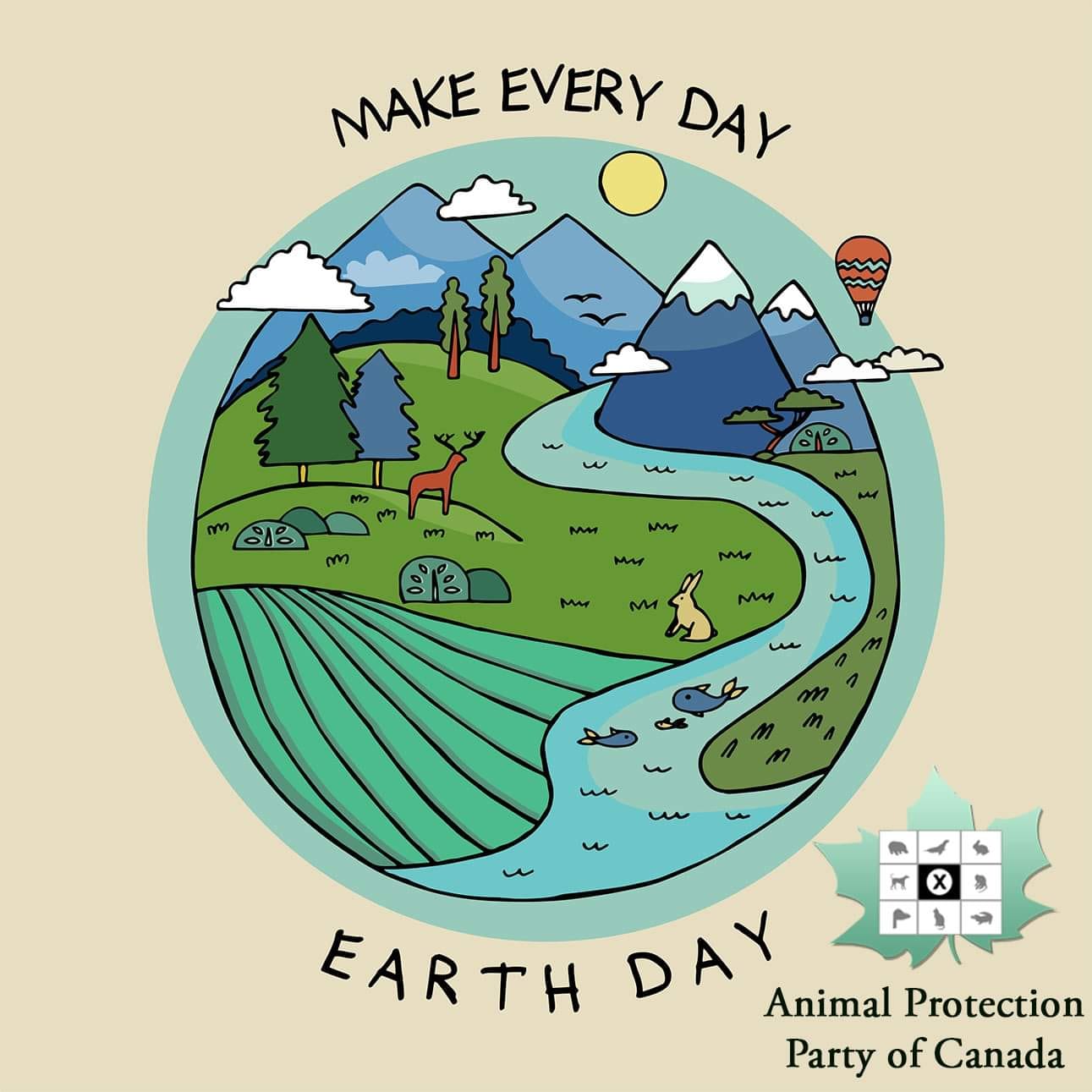 This Earth Day the Animal Protection Party of Canada is calling on the federal government to make the necessary legislative changes to stop animal and environmental exploitation and address our immanent climate breakdown.

Liz White, Leader, states: “I think it’s not an exaggeration to say human behaviour has brought the climate crisis to our planet, from extreme forest fires and floods to zoonotic diseases and pandemics.  Canada has never, and will never, meet its modest climate targets if governments continue to subsidize animal agriculture, one of the leading contributors to greenhouse gasses.  Trying to curtail carbon emissions is a good step, but it’s not enough.  Governments around the world must curtail all greenhouse gasses, including methane and nitrous oxide, and must begin to transition from intensive animal agriculture to smaller organic plant based farms.”

Jordan Reichert, Deputy Leader, says “The government has failed to acknowledge the systemic exploitation of animals in Canada and the consequences are significant. Over 800 million animals killed each year, significant habitat destruction, negative health consequences, and major GHG contributions. We can no longer pretend that animals are not a part of our social and political world. This Earth Day we are calling on the government to acknowledge animals as sentient beings, end subsidies to animal agriculture, and use these funds to transition the industry to plant-based agriculture.”

Animal Protection Party of Canada
Note: posted a day later on the website due to maintenance.