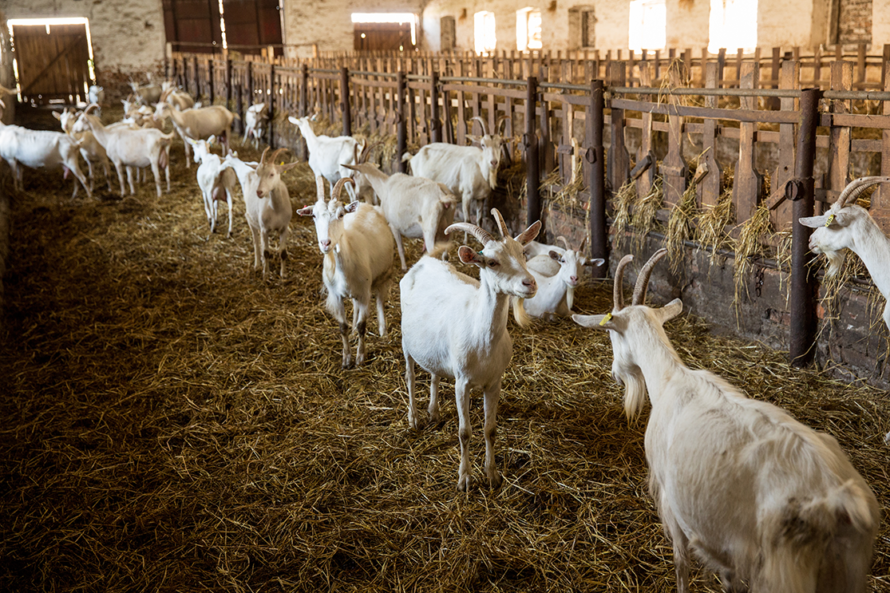 It took 20 years and significant animal suffering, but the National Farm Animal Care Council of Canada has new recommended Codes of Practice for the Care and Handling of Goats in Canada. Unfortunately, these changes continue to set a very low standard for the treatment of goats on farms across Canada. 253,278 goats were exploited for dairy or killed for their meat in the agriculture sector in 2021.

The update of the Codes were started in 2019 by the Canadian National Goat Federation (CNGF) with industry, welfare advocates, and public feedback requested on how to improve them. It had been almost 20 years since the last update to goat Codes of Practice and the next won’t be for close to another 20 years. These Codes of Practice are not legislation and are voluntary for goat farmers to follow. Unfortunately, there is no consistency in the application of the Codes of Practice, or legislation as each province has its own animal related legislation which may, or may not implement some, or none of the recommendations.

It is important not to be confused by the wording in these documents regarding “requirements.” As noted, these are simply the minimum expectations of care that those who care for goats should aspire to. Anyone who is found not to follow these “requirements” may only be subject to their own industry associations, which provide no accountability or transparency of their investigations, of infractions of the codes, or of any corrective measures to ensure compliance.

Similarly, the Codes also refer to “recommended” practices, which are those that ostensibly provide greater welfare outcomes for goats on farms. However, if the recommended practices are not implemented by farmers, there are no consequences for not providing this baseline standard of care. Without being law and having robust independent oversight, the Codes of Practice continue to fail goats and animals across Canada. It is a classic example of the fox guarding the hen house. Except in this instance, it is industries which exploit and abuse goats being judge, jury, and executioner.

Reading through the new Codes of Practice for Goats provides ample examples of how weak the voluntary requirements and recommendations are. Many appear to be common sense practices one would expect to be a legal requirement, not voluntary, as they could make a positive difference for the animals’ welfare. Here are some examples from the document:

Penning, a requirement is, “All penning must be maintained and repaired or replaced as needed.” A recommendation, which is not a requirement, is for farmers to “a. consider natural goat behaviours in animal flow designs to minimize stress” and “d. provide safe options for goats to climb, such as raised platforms.” As noted above, the requirement is basic maintenance that should already be an expectation, but the recommendations which might provide greater enhancement of their spaces and increased welfare is just a suggestion.

It is a requirement, not a law, that “Handing equipment or method of restraint must not cause injury or unnecessary stress to goats.” Again, something that one would expect to be illegal if not implemented, not just a voluntary suggestion. It is only a recommendation that “a. ensure that handling systems are suitable for goats.” Essentially, it is below a voluntary requirement for people farming goats to ensure their handling equipment is purposefully made for goats.

Catching and Restraining: Voluntary “requirements” are that “Goats must not be subjected to mistreatment (including kicking, hitting, or tail twisting)” and “Electric prods must never be used” are just two non-legally binding suggestions made.  Industry groups and farmers apparently need to be told that they can’t abuse goats in the specific ways described. Yet, there are no consequences if they do.

Disturbingly, the list of what any compassionate individual would expect to be illegal behaviour and have consequences of animal cruelty charges goes on and on throughout the document.  Because there is no public oversight body to enforce these voluntary requirements and recommendations, and because these investigations are complaint driven, there is little incentive for farmers or producers to change. Protocols that are fast, quick, and cheap usually rule out those that take more time or an investment. Welfare is not a priority on industrial farms.

In 2018, Last Chance for Animals investigated Escarpment’s Edge Dairy (EED), a goat farm in Caledon, Ontario.  It documented cruelty and clear violations of the Codes of Practice for the Care and Handling of Goats in Canada.  Yet no-one in the Ontario government would inform the public as to whether the cruelty was ever addressed, or whether the Codes of Practice were enforced. With several provinces across Canada currently having ag-gag legislation to stop undercover investigations from exposing cruelty, it is now even harder to hold animal abusers accountable. Nothing in the updated Codes of Practice for goats will stop or hold accountable those who continue to abuse goats in this way across Canada, and most of the cruel practices documented would still be allowed.

Furthermore, the Codes of Practice can also be used to protect industry from criminal charges when undercover footage arises showing animal abuse that might fit these descriptions because they are all voluntary, and become known as Standard Industry Practices. Standard Industry Practices are the types of things that everyone in the industry is doing as standard, even if it is cruel, so they are protected from litigation due to it being considered an industry accepted practice.

At the end of the day, updating and implementing the Codes of Practice all comes down to money. Goat, cow, chicken, pig, or any other animal raised and killed on farms face horrific conditions and abuse because it is cheaper to do things faster with lower welfare standards with no oversight than it is to care. Higher standards would increase the cost of doing business, thus potentially increasing the cost of animal products for the consumer.  In turn, the government doesn’t want people to blame them for higher food costs, so they ignore animal welfare issues on farms, keeping standards low for farmers, and animals suffering away from view.

It is the position of the Animal Protection Party that Canada must move towards a plant-based food system with the greatest urgency in the face of systemic animal cruelty on farms across the country and to address the significant contribution of animal agriculture to the climate crisis through GHG emissions. Weak, almost non-existent, voluntary welfare standards that lack a capable, accountable, and transparent mode of enforcement will do little to improve the lives of goats or other animals on farms.

We must start working now towards phasing out animal agriculture like our sister party in the Netherlands, the Dutch Party for the Animals. Animal farmers in the Netherlands are already being voluntarily bought-out of the animal agriculture sector or going from intensive farming to significantly fewer animals, eventually this may become mandatory. Those are the kinds of requirements and recommendations we need to see in Canada.

This is why animals across Canada and the world need compassionate politics.