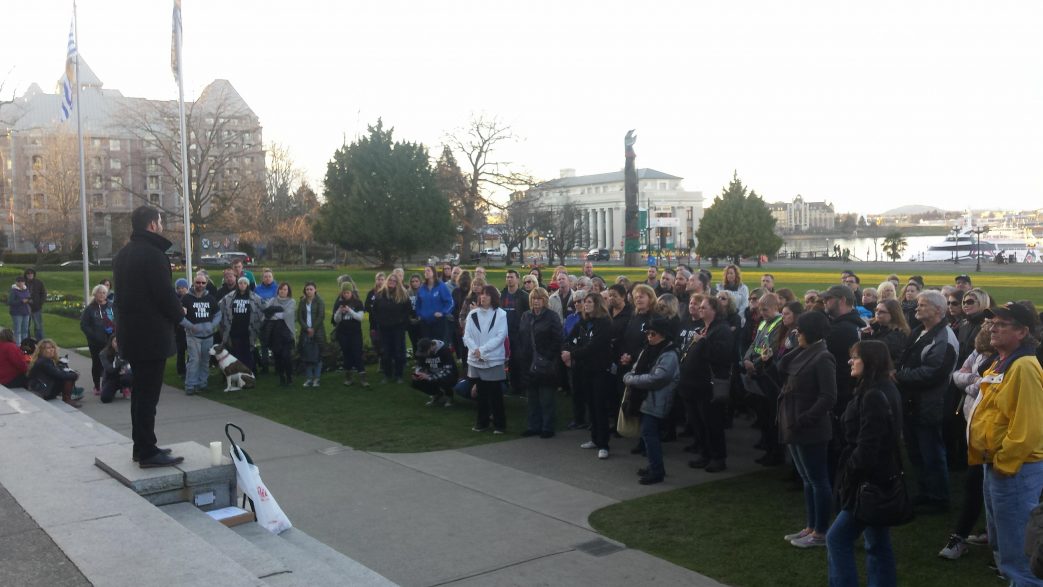 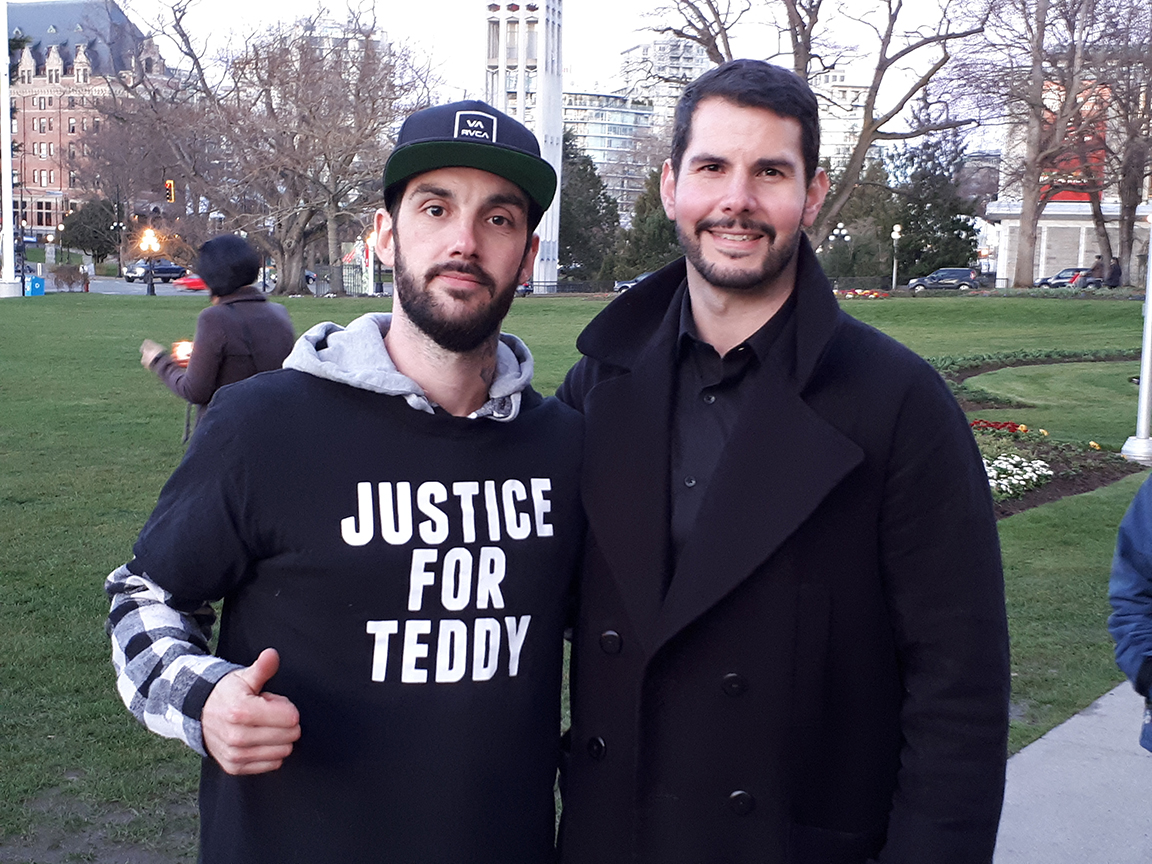 A couple of weeks ago in Duncan, B.C. , a dog named Teddy was found tethered outside in severe distress with a collar that was embedded into his neck because it had not been adjusted from its original size.  After being rescued by the BC SPCA, Teddy died soon after in their care.  When the story hit the news, people across B.C. and Canada started calling for Justice for Teddy through stronger animal protection laws.

This past Sunday, Raincoast Dog Rescue Society held a vigil for Teddy and close to 200 people attended to honour his memory and show their opposition to animal cruelty.  Founder and organizer Jesse Adams called on the community to respond without anger and hatred, and called on politicians to act.

Jordan Reichert of the Animal Protection Party of Canada also spoke to the crowd and asked for a compassionate response to Teddy death and restorative justice rather than retribution.

Reichert stated that "Justice will not be served in our courts. It is served in our communities. It is all of our responsibility to hold ourselves accountable for being compassionate to each other and extend that to other animals."

Reichert would like to see restorative justice take place with the accused, working with the BC SPCA, and the community to educate and help build communication addressing animal cruelty.  He also continues to call on the government of Canada to remove animals from the property section of the Criminal Code and establish a provincial animal protection agency under government control dedicated to animal protection.