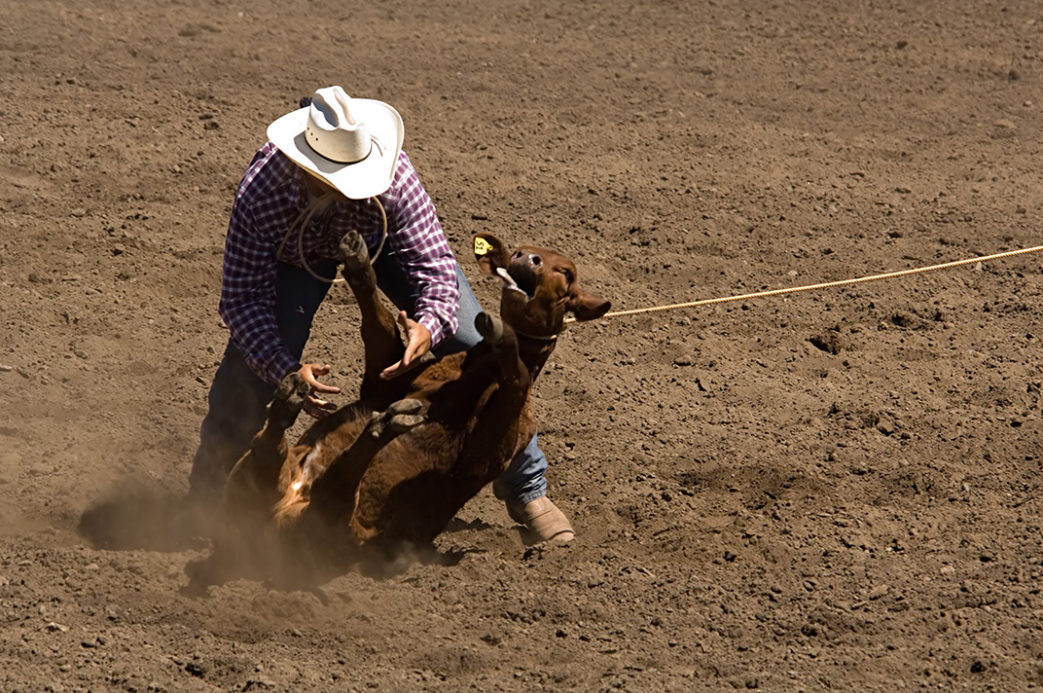 Law professor Alain Roy of the Université de Montréal has made public the observations and analyses conducted by Dr. Jean-Jacques Kona-Boun, DMV, MSc, DACVAA, veterinarian and anesthesiologist on the video database of 20 full rodeos, recorded in Montreal and St-Tite last summer.

The report of over 600 pages arose from a demand for an injunction filed by Professor Roy and his students last spring against the rodeos organized for Montreal’s 375th anniversary on the grounds that rodeos violate Québec’s new law.

Based on an agreement approved by Québec Superior Court, Professor Roy obtained the right to send three observers to the Montreal and St-Tite rodeos with unlimited access to the facilities and the animals to collect evidence throughout the 20 rodeos.

Having first witnessed the entire 45 hours of live activity during the 20 rodeos, and then having spent more than 360 hours analyzing the rich and unprecedented database of resulting videos, frame by frame, Dr. Kona-Boun’s conclusion is unequivocal:

“The rodeo activities held in accordance with the standards in effect in Montréal and St-Tite subject horses and bulls to the risk of injury such as fractures and other serious injuries. The same is true of the calf-roping and steer-wrestling. The psychological distress experienced by all the animal beings used in such activities is also very real.”

In December 2015, the Québec National Assembly adopted, by unanimous vote, a new law on animal welfare and safety that prohibits all abuse or mistreatment that may affect the health of animal beings, or any action or omission that exposes them to distress.

According to Professor Roy, Dr. Kona-Boun’s observations and analyses lead to the conclusion that rodeos are in violation of the law:

“The treatment of horses, bulls, steers and calves in rodeos is irreconcilable with the provisions of the new law, according to which animals are no longer objects, but ‘beings endowed with sentience’ whose welfare and safety must be assured.” – Professor Alain Roy

It is now up to the MAPAQ Rodeo Advisory Committee to review Dr. Kona-Boun’s observations and analyses and draw the conclusions that follow. A report of the Committee’s conclusions is expected by next autumn.

According to Professor Roy, the people of Québec are entitled to expect the Québec government to ensure compliance with its own new law:

“If it fails to act, the government will have to assume the consequences of its decisions. Animal advocates are now sufficiently well-organized to defend their cause by using all the expertise and judicial resources at their disposal.” – Professor Alain Roy

The Animal Protection Party of Canada appreciates the tremendous work and research done by Professor Roy and Dr. Kona-Boun to bring this cruelty to light for public scrutiny.  We also call on the Québec government to ban all future rodeo events in the province and set a strong precedent for other provinces to make illegal this inhumane and cruel exploitation of animals for entertainment.

Help us advocate, as we add our voice for a ban of rodeos in Québec by donating today.