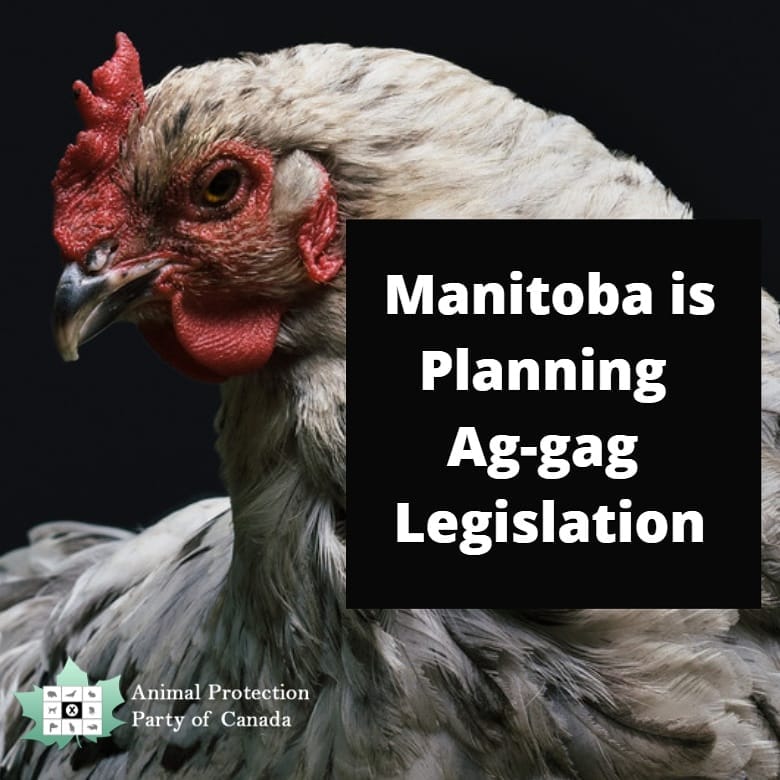 We are disappointed to learn that Manitoba’s agricultural and justice departments are working together to create ag-gag legislation in the province.

Similar to the rhetoric that has been used to defend Bill 156 in Ontario and Bill 27 in Alberta, officials in Manitoba suggest that this legislation is meant to protect livestock, bio-security and the “safety of families.”

There are already trespassing and breaking and entering laws in place in the province and the conditions inside factory farms speak for themselves in terms of a bio-security hazard. What these modifications to existing legislation are really about is making already secretive industries less transparent.

Do you live in Manitoba? If so, please provide feedback on this proposal at this link: https://engagemb.ca/rural-crime-bio-security-metal-theft-legislation

If you don’t live in Manitoba but would like to express your concern, reach out to Manitoba’s Premier Brian Pallister via email at premier@leg.gov.mb.ca

While this is provincial legislation it has a chilling effect on the exposure of animal cruelty in the agriculture sector and undermines the ability for the public to be reasonably informed about the treatment of animals in these settings. It is essential that we work to stop the spread of this unconstitutional and unjust legislation across Canada.

We are currently working with legal counsel to try and challenge Ontario’s Bill 156 in court. Help us keep fighting against Bill 156 and other ag-gag legislation that develops in this country by donating here.