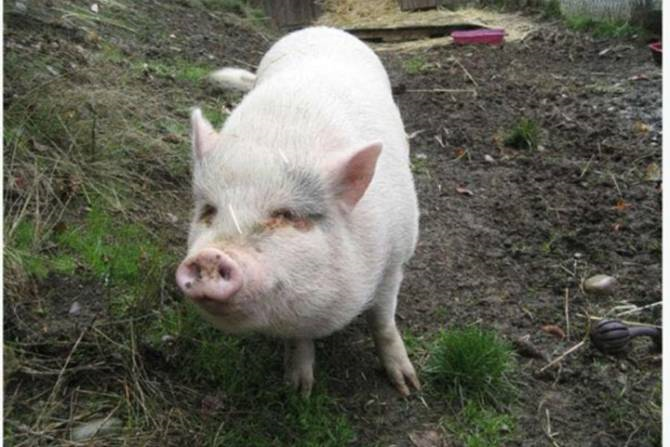 When Molly the pig was recently killed after being adopted out by the Cowichan branch of the SPCA on Vancouver Island, it was a horrific reminder of the status of animals in Canada.

“Animals are legally considered property in Canada, there is nothing stopping someone from killing their cat or dog, pig or horse as long as they do it without causing suffering to the animal. They are completely disposable in our society without recourse.” said Jordan Reichert of the Animal Protection Party of Canada, a registered federal party who advocates for animals in politics.

While the man who killed Molly did sign a contract that he would return Molly to the SPCA if there were any problems with her, his choice to kill and eat her as his property was not illegal because there was no evidence that she suffered.  The most the SPCA could possibly seek from the man is reimbursement of the adoption fee for breaking the contract.

Approximately 20 million pigs are killed in Canada each year in the meat industry.

“People don’t realize that there are millions of pigs just like Molly killed in Canada every year. Her story brings to the light how Canada’s laws fail to protect animals, even if they are pets. Removing animals from the property section of the Canadian Criminal Code would be a good place for the government to start rectifying this injustice.”

In 2016, Bill C-246, the Modernizing Animals Protections Act, would have made animals a special category of property separate from where they are now. The bill was defeated in the House of Commons.

Want to help us hold the government accountable for its lack of action to protect animals? Donate here