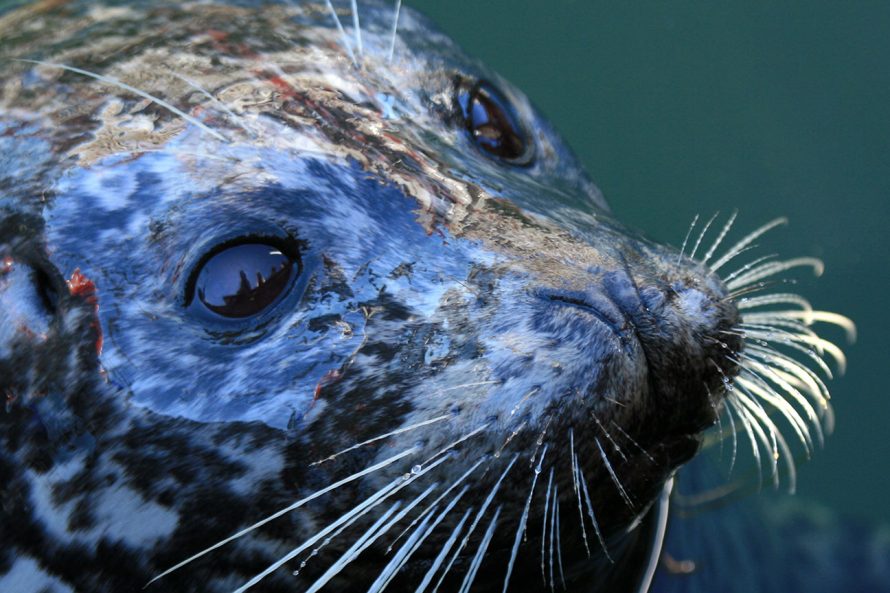 One of the most controversial topics in Canada is the seal slaughter taking place each year in Newfoundland and Labrador on the east coast.  Roughly 70,000 harp and grey seals are killed each year, while just over a decade ago that number was over 300,000. This practice has garnered international condemnation and in 2009 the EU banned the trade in seal products.

Now, a group calling themselves the Pacific Balance Pinniped Society (PBPS), made up of commercial and sport fishers, the fur industry, and some First Nations want to begin killing seals and sea lions under the guise of conservation on the west coast of Vancouver Island in the Salish Sea.  Pinnipeds are classified as seals, sea lions, and walruses who are flipper-footed.

Their argument is that the proliferation of the seal population in the Salish Sea is hurting the recovery of the Southern Resident Killer Whale (SRKW) population.  However, there is no scientific evidence to support their claims.  Furthermore, it appears to be economically motivated as they are reportedly preparing to sell the bodies of the seals for their skin and meat in foreign markets.

The Animal Protection Party of Canada is fundamentally opposed to this unethical, unwarranted, and unscientific killing of seals and sea lions to appease special interest groups of sport and commercial fishers and the fur industry. We call on the Department of Fisheries and Oceans to withdraw any permits and support for the proposed cull, and the current killing of 30 seals for testing of their meat.

Legitimate science-based organizations recognize that the primary causes of the decline of the SRKW’s are commercial fisheries competing with the SRKWs for salmon, and disruption of their habitat with commercial and recreational activity.  PBPS is trying to blame seals for compromising the recovery of this vulnerable population, and are seeking to profit off this unsubstantiated claim. Professor Andrew Trites, Director, Marine Mammal Research Unit at UBC has called the proposed large scale killing of seals “misguided” and “likely ineffective.”

We must act now to stop this violent and uninformed proposal from taking root.  We will not allow wildlife to be used as a scapegoat for the negative consequences of human activity on the Southern Resident Killer Whale populations.  It is time to stand up for wildlife and call on the government to end this nonsense, while taking real action to protect SRKWs before it is too late.

One action you can take is to email the Honourable MP Jonathan Wilkinson Minister of Fisheries, Oceans and the Canadian Coast Guard. His email is: Jonathan.Wilkinson@parl.gc.ca

Be respectful in your correspondence and request that no permit be given to support the efforts of the Pacific Balance Pinniped Society (PBPS) for a seal quota.  Instead, the government should focus on reducing the impacts of human activity, which are the main contributors to the decline of the Southern Resident Killer Whales.

You can also sign a petition started by Animal Alliance of Canada here.

Want to help us fight for pinnipeds? Donate now to Canada’s only political party for the animals!