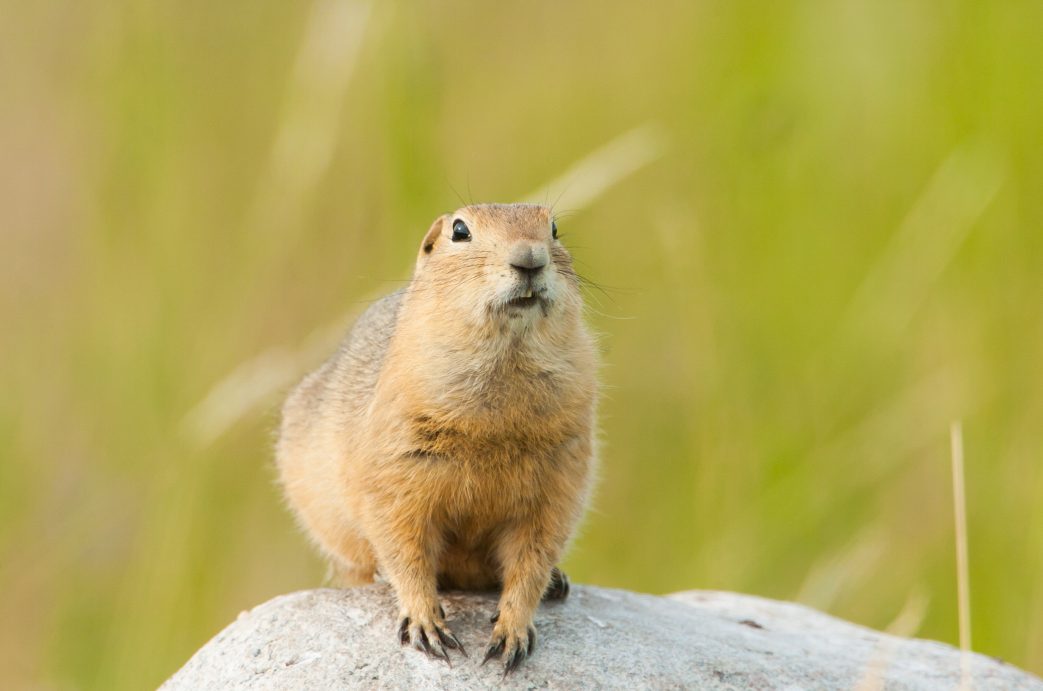 Canadians have spoken: ban strychnine and other deadly poisons now before
another animal dies in agony

MONTREAL (September 27, 2018) — As federal consultations on the use of strychnine come to a close-and following the recent highly publicized tragic deaths of two family dogs, Rue and Ruby from strychnine poisoning—animal protection and conservation groups have aligned with scientists to call on Health Canada to ban the use of this cruel and inhumane wildlife poison.

More than 50 leading experts signed on to an open letter submitted today, which includes a detailed addendum of why wildlife poisons should be banned. This letter supports Canada’s Pest Management Regulatory Agency’s proposal to cancel the use of strychnine for ground squirrel control without delay.  It further urges Health Minister Ginette Petitpas Taylor and Canada’s Pest Management Regulatory Agency to immediately remove three highly toxic wildlife poisons from the Canadian landscape; strychnine, Compound 1080, and sodium cyanide.

These poisons are deadly to all warm-blooded animals but are registered for use in Canada primarily to kill wolves, coyotes, bears, rodents and skunks. According to experts across the globe, these poisons should be banned across Canada because they endanger human health, safety and the environment and pose threats that are both serious and irreversible.

Strychnine is a deadly neurotoxin best known for the painful deaths it causes. When inhaled, swallowed, or absorbed by the nose and mouth it causes extremely agonizing muscular convulsions, ending in asphyxiation while still conscious. All three poisons, referred to as predacides when targeting predators, cause violent convulsions prior to death.

The poisons are placed in baits which can attract pets and other wildlife, resulting in non-target victims.  Animals that consume the baits can take several hours to die, and carcasses containing Compound 1080 and strychnine are toxic to scavengers, causing widespread secondary poisoning through the food chain.
Poorly regulated, the use of these indiscriminate poisons also results in the deaths of pets, endangered species, and other non-target animals.

Sadie Parr, Executive Director of the conservation group Wolf Awareness declared: Scientists and veterinarians have expressed that banning these poisons is long overdue. All evidence shows it is the right thing to do.

Julie MacInnes, Wildlife Campaign Manager for HSI/Canada, stated: Dogs like Rue and Ruby should never have died so tragically, nor should any animal. Despite being condemned internationally and banned in many countries, strychnine is inexcusably still being used in Canada to kill wild animals.

Pesticides represent over 30 percent of the accidental poisonings identified in livestock, companion animals, and wildlife in western Canada since 1998.

Sheryl Fink, Director of Wildlife Campaigns for IFAW Canada, said: These cruel poisons need to be removed from the landscape immediately. Not only do they cause agonizing deaths for animals they target, they kill many more animals all up and down the food chain, decimating the ecosystem

We urge the Minister of Health ban the use of products containing strychnine to kill Richardson’s Ground Squirrels. This poison causes an inhumane death for the squirrels who play an important role in the prairie ecosystem. It also kills many non-target species as evidenced by information gathered through multiple Freedom of Information Requests to the Governments of Alberta and Saskatchewan. It is bad for wildlife and bad for the environment and should be banned, said Liz White, Leader, Animal Protection Party of Canada.

Humane Society International/Canada is a leading force for animal protection, with active programs in companion animals, wildlife and habitat protection, marine mammal preservation, farm animal welfare and animals in research. HSI/Canada is proud to be a part of Humane Society International which, together with its partners, constitutes one of the world’s largest animal protection organizations.
Celebrating animals and confronting cruelty worldwide – on the Web at www.hsicanada.ca

Wolf Awareness is a charitable conservation organization dedicated to developing positive attitudes towards predators in general, the wolf in particular, and to fostering an appreciation for the environment of which all of us are a part. We work to increase understanding, improve tolerance and promote coexistence among humans and wolves. We achieve our mission through the development and implementation of educational programs, by supporting and conducting community-focused scientific research, and functioning as a critical link between scientists and the public to provide information on wolf ecology and conservation that increases civic engagement in policy development.

Founded in 1969, the International Fund for Animal Welfare (IFAW) is a global non-profit organisation that protects animals and the places they call home. With offices in 15 countries and projects in over 40, we rescue, rehabilitate and release animals into secure landscapes around the world. In collaboration with both governments and local communities, our experienced campaigners, legal and political experts, and internationally acclaimed scientists pioneer lasting solutions to some of the most pressing animal welfare and wildlife conservation issues of our time.

Animal Protection Party of Canada is a federal political party dedicated to the protection of all animals and the environment we share through compassionate politics.