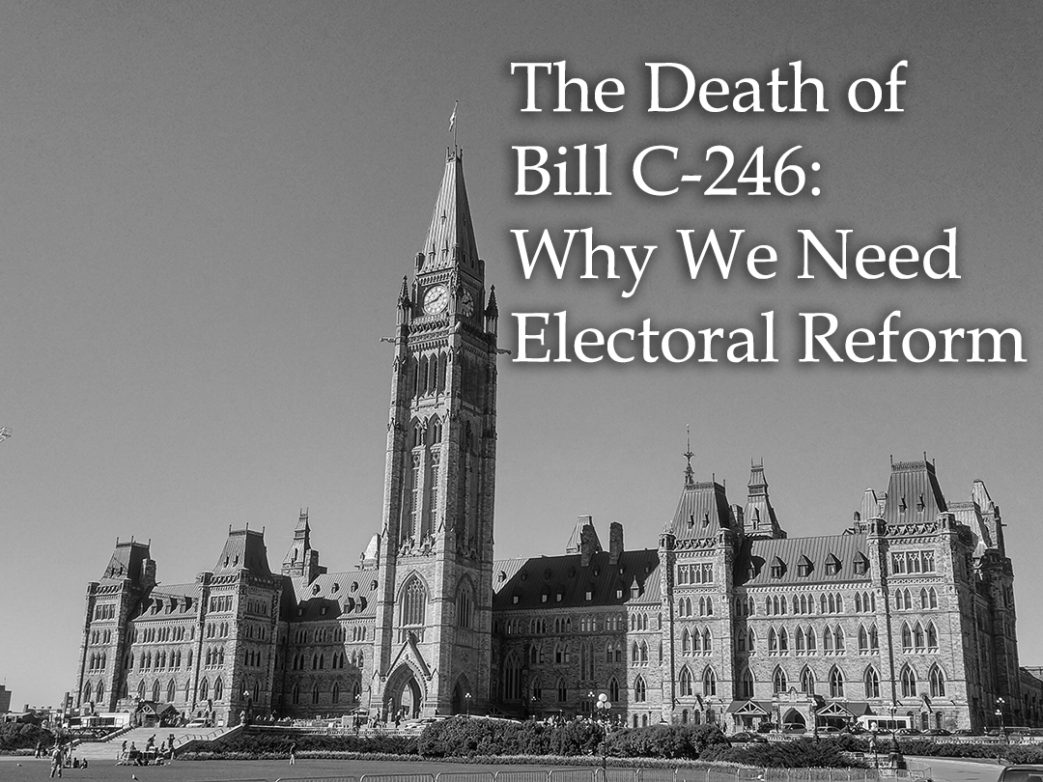 We must not let this happen again.

As the loss of one of the most important pieces of legislation in years to go through the house of commons weighs upon us, we must discuss how our political system failed to meet the needs of the most vulnerable while emboldening the powerful. If we want to avoid this disgraceful imbalance of power again, we need a system suited to overcome these deficiencies.

Bill C-246 was born to fail. It may be hard to swallow, but the fact remains combining multiple issues that are likely to have support, banning the importation of shark fins and cat and dog fur, with those that would raise the ire of the rural caucus, changes to animal’s status and protection in the criminal code, were its undoing. However, this does not take away from the well reasoned belief that our laws surrounding all of these issues were in dire need of updating and that in the spirit of goodwill towards sorely abused animals, MPs from across the county would stand up in support of these changes.

To the contrary, it was made clear very early on that the Liberal Cabinet would not support this private members bill. In a memo from the Minister of Justice’s office, the bill received its fate months before the vote in second reading this week. With the Liberal’s cabinet being told to oppose legislation that was designed by former Liberal justices, it was unlikely a significant number of other Liberals would break rank or that the Conservatives would give any ground.

It’s not about the animals, its about the animal advocates.
One might be confused into believing that the reasoning for the bill’s defeat was because of the power it would give to put people who hunt, fish, trap, or farm animals behind bars for carrying on these practices. Or, that it would effectively end these practices across Canada. However, the Bill C-246 was defeated on one simple ideological basis:

If animal advocates are given a victory, there will be no end to their dismantling of animal use culture.

This is the belief of the rural caucus and a number of other MPs who partake in animal use industries. It is a type of folk psychology that underlies their understanding of why people want better protections for animals: to take something away from them. In an age where animal use industries are constantly under assault for their exploitative and abusive practices, it is no wonder they are on a defensive and huddle into a reactionary position guarded with fear. So much of the violence done to animals that is protected by outdated laws relies on the absence of public awareness. Hence, it may have been more than just coincidental that while the vote on Bill C-246 was taking place, eyes were on the Fearman’s truck disaster where the horrors of the slaughter industry spilled out into public view.

We are overdue for electoral reform.

It was supposed to be a political revolution. Justin Trudeau was going to lead us into a progressive era, away from the dusty corruption of Harper and his neo-conservativism. However, Trudeau the younger has only brought a new, very marketable, face to the neo-liberal agenda that besought our politics in the Canada before Harper.
However, there is at least one saving grace of this current government: the end of first past the post electoral system. However, you might ask why that even matters in regards to the defeat of Bill C-246?

Recently, I spoke at the Committee on Electoral Reform (CER) hearings in Victoria, B.C. To my knowledge, I was the only person speaking on the issue from an animal inclusive perspective. If we want to make our country more democratic, we need to be able to enhance its inclusivity. Right now, animals have little to no representation in Parliament; yet, as a collective of species, cultures, and nations, they cast a shadow over the number of people in Canada. Their exclusion is to the detriment of people across our country. From environmental, health, economic, and social justice perspectives they are an essential part of society. While many may not understand how they can best be integrated as right holders and not just property, when we deny them equality as individuals, we all suffer the consequences collectively.

Whatever electoral system we get, there is a strong argument for a proportional representation (PR) system. Animal parties in countries such as the Netherlands, Germany, Portugal, and Australia have all elected candidates under their various forms of PR. Proportional representation allows smaller parties to have more political weight in policy making because parties often have a need to work together to get their legislation passed.

Something else I mentioned when talking to the CER was that we need more than proportional representation, we need proportional interest. Members of Parliament are supposed to represent their constituency; yet, if explained them from an unbiased perspective, it is hard to imagine people would not have supported Bill C-246. However, instead of representing the interests of people to see better protections for animals, MPs voted to support the animal use industries industry’s spite-driven opposition to the bill. There is too much power serving the interests of those who exploit animals for profit and pleasure, and this will remain difficult to address without proportional representation.

We can be the answer.

Despite the above, one of the advantages of PR is that it empowers people to be able to vote in different ways and for different interests. Animal Alliance Environment Voters is the only multi-issue party in the country, as we take an non-anthropocentric approach to framing our political policy. When people go to vote under PR, they may choose to vote traditionally and in some cases, can vote again for a party that represents another aspect of their interests. When I campaigned in the last federal election many people said they wanted to vote for our candidates, but were members of another party. This would help voters overcome this perceived barrier across the country, wherever our candidates run. Next election, we plan to have more candidates running across the country than ever before and in a proportional representation system, despite many challenges, we can make a significant impact for human and non-human animals alike.

While the next iteration of Bill C-246 may seem a long way off today, its day will come. If we are prepared to stand for all animals under an electoral system that empowers citizen’s interests over that of private industry, then the potential of non-human animals to be finally granted what has only be withheld from them through tyranny is within our reach.