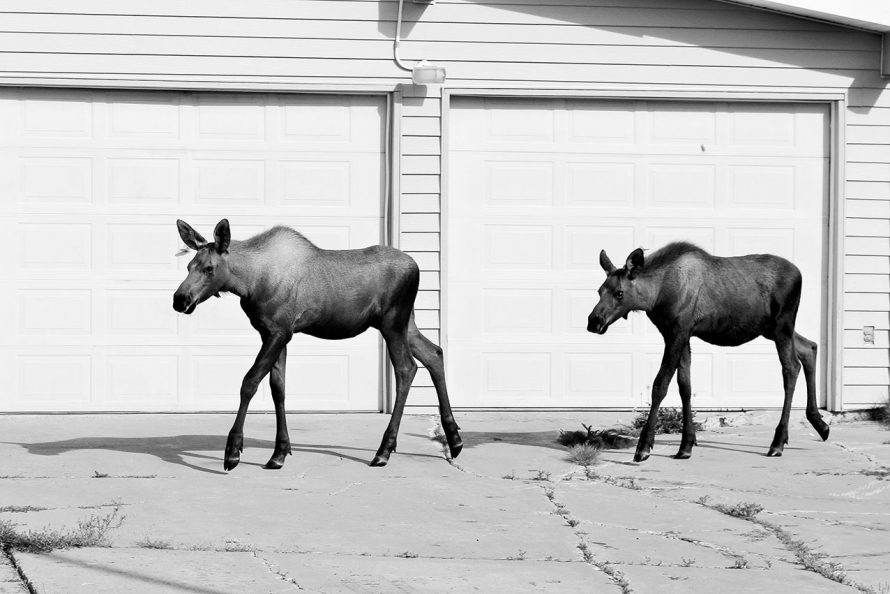 As COVID-19 protocols continue to keep people indoors for essential social distancing, there have been an abundance of sightings of wildlife beginning their ‘return’ to humanized geographies. Although the viral and hopeful reports of  dolphins swimming in Venice canals have been debunked by National Geographic, urban wildlife close to home have continued to be spotted as they begin to emerge in places where they were previously invisible.

The CBC has reported that animals like coyotes, geese, moose as well as all kinds of birds such as waxwings and starlings have been sighted in cities and urban areas across Canada. While it is great to see animals reclaiming swaths of land that have been densely occupied by human activities, it is also important to consider how many of these animals exist in these spaces every day and yet remain unseen.Whether people notice them or not, wildlife are all around us, ready to assert their place within this world, in need of protection from human interference and development, cohabitants of urban and rural human sprawl.

As human activities and most of all traffic continues to decrease, it is predictable that animals will become more visible as they adapt to quieter and safer landscapes. However, because of irresponsible feeding of wildlife, the decrease in human activities is also leaving some animals in danger.

The New York Times reported on hungry macaques in Lopburi Thailand, where monkeys who are used to being fed at a popular tourist site were filmed getting into a giant brawl over small scraps of food. The article also highlighted Sika deer in Nara Japan, who are typically fed year round by tourists hoping to take selfies with them. The deer are now roaming the streets of Nara in herds, attempting to find food. The decline in tourists has brought about a shortage of food for these animals and for other animals who scavenge for human leftovers in Canada such as raccoons, bears, and pigeons. This dilemma also highlights the irresponsibility of feeding wildlife: animals begin to rely on human activity, forgoing a more difficult task of finding food in the wild. This also means that animals begin to congregate in city scapes that pose a danger to them as they begin to proliferate. This is a phenomenon we have seen with urban deer in places like Cranbrook and Victoria B.C and with other wildlife species who have adapted to an urban environment such as skunks, foxes and coyotes. We must not feed wildlife if we want them to survive.

As we continue to admire wildlife from our windows, for the unique and resilient species they are, who can bring us joy and even hope in these uncertain times, we must also begin to meaningfully consider how human activities have continued to impact animals and their behaviour. From environmental degradation, to pollution (including noise and light pollution), to the encroachment of roads into critical habitat for resource extraction, hunting and urban infrastructure, wildlife are continuously on the run. Yet, their plight is often made invisible as they retreat among the cacophony of activity that an urban geography upholds. This may partly explain the absence or dismissal of wildlife and animals more broadly in political rhetoric and legislation. We are yet to have a Ministry entirely dedicated to animals in this country and more locally, municipal budgets rarely account for the need to educate people on how to coexist with urban wildlife.

When we begin to emerge from social isolation in the future, we must continue to notice animals around us and to be mindful of how their behaviour may have shifted as their discomfort around roadways has eased and their vulnerability to being even closer to humans increases. We must work together to ensure all animals remain visible in our political realm at the municipal, provincial and federal level.

Donate to help us continue the political fight for animals in government across Canada!