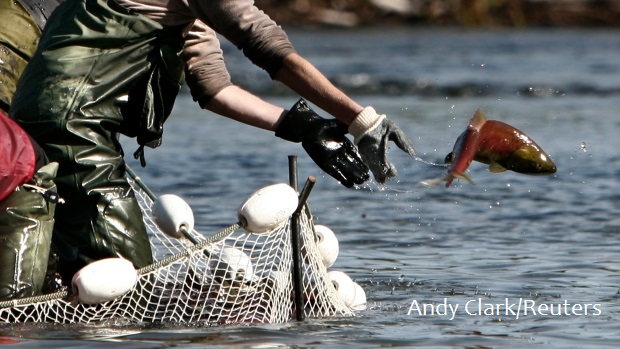 July 1st marks the 150th anniversary of Confederation; the founding of Canada.  July 2nd marks the 25th anniversary of the closing of the Newfoundland cod fishery, and, at almost 40,000, the largest layoff of workers in Canadian history (see:  Newfoundland cod fishery: Lessons not learned?)  Newfoundland and Labrador remains the only province whose population is in decline as young folks seek employment elsewhere, and at 14% still has the highest unemployment rate of any Canadian province.  From 1962 until 1977 there was an 82 percent drop in harvestable cod biomass, already so far below what ship captains reported in 1600, when they could barely move boats through the masses of cod, and “king cod” helped build fortunes in both Newfoundland and Boston.

Only recently have there been signs of cod recovery and already there is pressure to open up some commercial fishing (non-commercial fishing for personal use never ended) even though scientists say there is still less than a third of the number that could sustain a modest commercial catch.

Following the collapse in cod, cod fishers moved down the food chain to catch shrimp, crabs, lobster and shellfish, with last year’s 1.4 billion dollar fishery a record, but of course those species are also not inexhaustible either, and declines and serious quota cuts are taking place.  And ironically, while apologists for the east coast commercial seal hunt love to scapegoat seals, as the cod are returning, they are whining there are “more seals than ever”, which by their simplistic reasoning would indicate the more seals, the more cod!   You can’t have it both ways.

Switching to the west coast, the government has just closed British Columbia’s Skeena River to salmon fishing until July 15, as this year’s run of sockeye salmon, returning from the ocean to spawn, is shaping up to be perhaps the worst on record.  The number that has returned so far is about half of what was counted the year before by the same date.  The local Member of Parliament said, “Shuttering the fishery to sport and recreational fishers for such a chunk of the season will have a crushing economic impact on the entire northwest.”

It’s a scaled-down version of the dilemma in Newfoundland 25 years ago.  And as was true of cod back then, there is much blame placed on environmental factors and climate change, and no doubt in some cases, rightly so.  Certainly forestry practices inland have degraded upstream spawning beds and there have been issues related to the burgeoning practice of salmon-farming, which concentrates parasites and waste and produces fish which, if they enter the wild population, are not necessarily genetically adapted to survive.  But the bottom line is that when a species is in decline, protection, not exploitation, is required.  Even if your only motivation for conservation is financial returns, they won’t happen if the species is extinct.