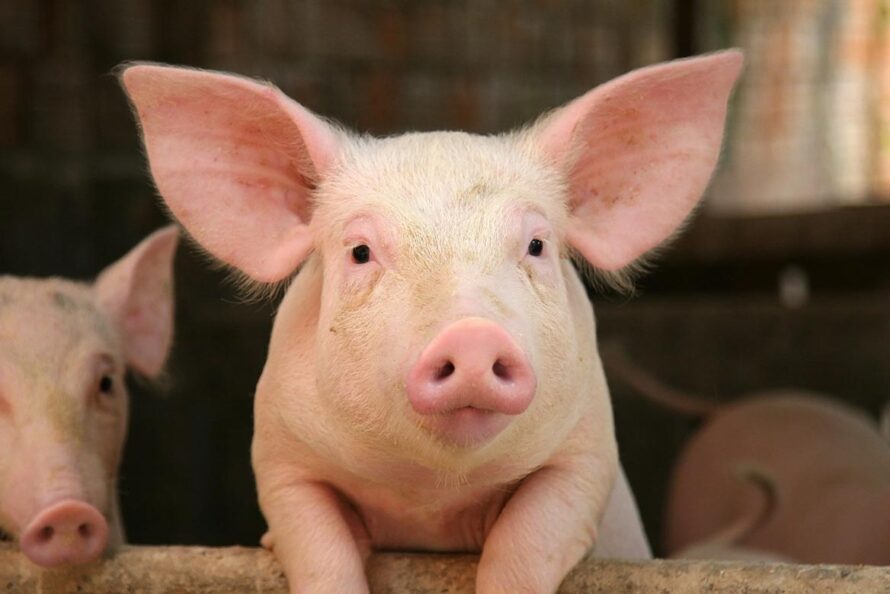 The potential for another major animal to human zoonotic disease outbreak is very real with the findings of a recent study investigating samples of the superbug Clostridioides difficile in intensively confined pigs which showed multiple antibiotic-resistant genes are shared between pigs and people, providing evidence that animal to human zoonotic transmission is possible. Over 20 million pigs are raised and slaughtered domestically in Canada each year.

C. difficile is a bacterium normally found in the human gut in regular balance with other bacteria, but when a C. difficile infection does occur it is difficult to treat as it is resistant to all but three current antibiotics. Because of the overuse of antibiotics in animal agriculture and in treating human illness, dangerous antibiotic resistant strains have emerged that can cause severe illness and death.

Canada is also currently experiencing the spread of Avian Influenza in poultry flocks which is causing significant loss of animal life. Avian flu is also a zoonotic disease which poses a threat to human health. Approximately three-quarters of a billion chickens are slaughtered in Canada each year.

The Animal Protection Party of Canada (APPC) is raising the alarm for the government to take immediate steps to address the ongoing spread of zoonotic diseases by transitioning the animal agriculture sector to plant-based alternatives.

Jordan Reichert, APPC deputy leader stated that the government must start by acknowledging the problem, which it has yet to do. “It is time for us to address the ticking time bomb of animal agriculture’s role in disease transmission and phase out this industry. Zoonotic diseases are a real threat, whether it is COVID, avian flu, or C. difficile, and status quo politics won’t stop them.”

More than a decade before the COVID pandemic, the United Nations was warning world governments about the potential for large-scale zoonotic disease transmission.  With the extreme social and economic consequences of the ongoing pandemic, the Canadian government has continued with business as usual and taken little action to address the potential for zoonotic disease transmission through the animal agriculture sector.

Liz White, leader of the APPC, said the government has an obligation to protect the health of the population by educating people about the dangers of animal agriculture. “Our politicians have a responsibility to protect the health of the population against further zoonotic pathogens and the most urgent action they can take is to phase out the farming and slaughter of millions of animals in Canada for food each year.”

The Animal Protection Party of Canada is the only federal party to call for a transition to a plant-based agricultural system with biocyclic vegan agricultural practices that eschew animal fertilizers and encourage ecological integrity in agriculture.

Contact your MP today to let them know you don’t support animal agriculture and want them to take urgent steps to start a transition to a plant-based food system. Use this link to find your MP.

Donate to help us hold the government accountable!